The first two episodes of the new Freeform thriller “Cruel Summer” set up a plenty complicated dynamic for Kate and Jeanette, but the fallout from what happened between the two characters is only just beginning, says showrunner Tia Napolitano.

“We like to say that our show is one in which someone might make a bad choice, but it’s about good people making bad choices, doubling down and the snowball effect that has,” Napolitano said in an interview with TheWrap. “People have regrets and then live with the consequences of their actions.”

The ripple effect from Kate’s kidnapping will touch every character on the show in a Rube Goldberg-esque sequence of lies and secret-keeping, Napolitano says. But all will circle back to Kate and Jeanette in the end.

Read more of TheWrap’s interview with Napolitano below. 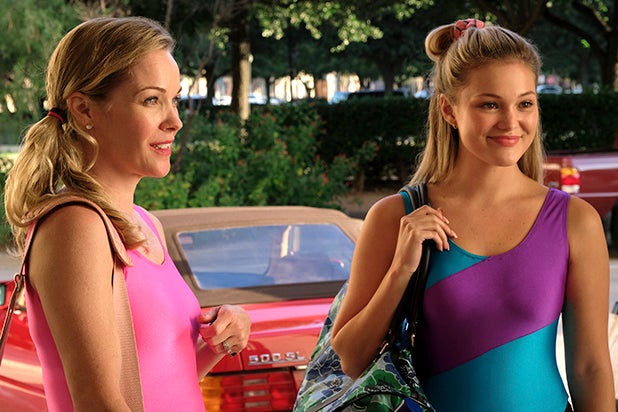 TheWrap: The first two episodes give a lot of the history between Kate and Jeanette, but we only get a few moments of them actually interacting. What can you say about their dynamic?

Napolitano: So we do get very little Jeanette and Kate, especially in the beginning. But Jeanette admires Kate in this voyeuristic way, where you don’t know if she wants to be her or be with her or devour her. In a very enigmatic, cool way. And as the stakes amp up, as we unfold more of this mystery and peel back the layers of the onion, they’re sort of circling each other. A lot of story points throughout the season drive towards having viewers really salivating for a showdown between the two girls. We have little versions of that throughout the season, so you’re always waiting for the two worlds to collide.

If Jeanette idolizes Kate from afar, what does Kate see when she looks at Jeanette?

I think Kate, as a character, completely steps outside of the mean popular girl trope. It’s a small town, so it’s not that inconceivable that she might know the names of her classmates and peers and remember Jeanette’s name. You know, Jeanette introduces herself and Kate knows her by name at the mall, and I think that sort of lights up Jeanette’s world in that moment. It’s very unexpected but I think that’s what’s so wonderfully charismatic and magnetic about Kate Wallis. She’s kind, she listens, she pays attention. She has amazing empathy. And so I think what Kate sees is a girl who is clearly nerdy and a little nervous and a little awkward, and Kate goes out of her way to put the weaker link in that scenario at ease.

Also Read: 'The Bold Type' Renewed for 5th and Final Season at Freeform

We get a little bit of a tease in that scene where Ben compares the situation to a Rube Goldberg Machine, kind of hinting at more fallout from Kate’s kidnapping to come. What can you say about that?

That moment with Ben, it’s very mysterious and very ominous. And I think it represents a bigger device that the show takes advantage of, which is this web of consequences that affects every single person in our ensemble cast. There’s sort of a ripple effect of consequences from what happens between Kate and Jeanette, affecting everyone around them, everyone in our world. In that scene, we’re teasing that something very epic happens to them, and we’re painting it in a bad light. We will see all of that play out. But I think the ripple effects for the larger group are even more than that, and you’ll see a little bit of that every week.

When should viewers expect an answer to their big questions?

Little clues begin to turn over as we go. But of course, the first half of this season is more intrigue than pay off. I would say around episode seven is when questions begin to get answered, and then a little bit more, the bigger questions going into the rest of the season. At the end of 10, we will have answers and explain everything.

Will the timelines run up into each other at some point?

We’re a summer show, so we don’t spend any time any other seasons, meaning they don’t really run into each other. But there will come a point where you sort of see ’93 melt into ’94, because it isn’t like New Year’s Eve happens and a light switch flips on and everyone morphs into a new character. It’s more gradual than that. You’ll feel the subtle changes, you’ll see Jeanette become progressively cooler in ’93 so you sort of understand, “Ah, she’s building toward 1994 Jeanette.” So you’ll see transitions like that for many of our characters.

I also wanted to ask about the scene where Jamie hits Jeannette. When you think about that scene and how it plays out, how was the decision made to have him get violent and how is that handled moving forward?

I joined the project after the pilot was written and shot, so that choice happened before my time. But it was very important to me, early on, to talk about it. To not be a show or a world in which people get violent without exploring the psychology behind what would cause a young man to punch anyone, never mind a girl he is in love with. So I think the show does a really good job of talking about some hard topics that are unsavory and watching characters struggle with their bad choices. We like to say that our show is one in which someone might make a bad choice, but it’s about good people making bad choices, doubling down and the snowball effect that has. People have regrets and then live with the consequences of their actions.

What can you say about what’s in store for the parents moving forward?

The show is about teenagers, but it’s not explicitly for teenagers, right? We’re telling stories that everyone can access. And with our ensemble cast, there’s access points for everyone. We were all teenagers once but also the parents have real stories, they have secrets, they make their own mistakes, they double down in their own ways. Their stories snowball, and they are woven into this spider web of secrets and lies. We will get to know them on a deep level, and, especially in the case of case Kate’s mom, in a very emotional and raw way. 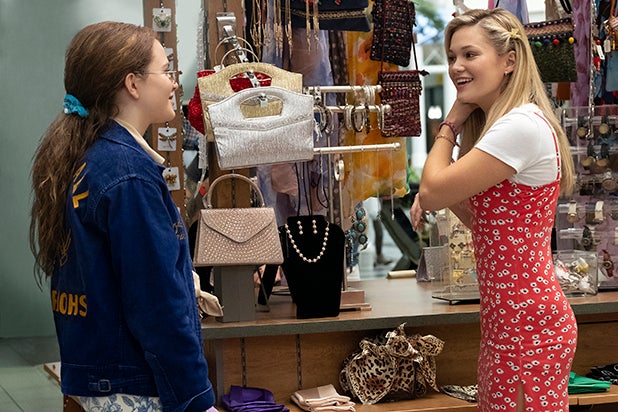