The movie “Cruella” isn’t really similar to “Joker” as everyone assumed, but it is to “I, Tonya,” director Craig Gillespie’s Oscar-winning crime drama with Margot Robbie as figure skater Tonya Harding. And one wonders how anyone who saw that movie would think Gillespie would be perfect for a Disney movie.

But Gillespie tells TheWrap that going into “Cruella” directly from “I, Tonya,” Disney knew exactly what they were getting into with his twisted, zany, punk rock take on the classic “101 Dalmatians” villain.

“The fact that [they’re] calling me after ‘I, Tonya,’ I think they kind of knew what they were in for,” Gillespie said. “My sense was they really wanted to lean into an edgier version, so I did. If they’re coming to me after that, I’m going to embrace it and see if anyone says no, which they didn’t.” 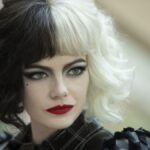 Also Read:
Does ‘Cruella’ Have a Post-Credits Scene?

“Cruella” shares some DNA with “I, Tonya” in more ways than one, with both films’ soundtracks littered with pop and rock needle drops between the ’60s and ’80s, tongue-in-cheek voice over narration and female protagonists who can be more than a little misguided.

Gillespie, who came aboard after Emma Stone was already cast as Cruella de Vil, was intrigued by the idea to set the film in 1970s punk London, and he says he was surprised by the direction it took.

“Their initial draft that they sent me, there’s some dark stuff happening in there,” he said. “Arguably the execution may be darker than what’s on the page, but they had gone to those dark places in what they were developing. What I brought to it was the scale of it and the tone of it, the humor of it.” 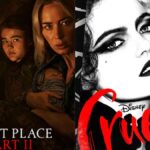 Gillespie could’ve gone the route of making Cruella wholly cartoonish, but his real challenge was in grounding her performance so that it wouldn’t be too one note or “very arch.” He even admitted that he seems to be drawn to these misunderstood, villainous types across all of his films and wouldn’t know how to approach a character in any other way.

“I don’t think villains ever think they’re doing the wrong thing, they always feel like they’re justified. But nothing’s black and white. That sounds like a pun, I know with ‘Cruella,’ but if you really understand their motivations and where they’re coming from and what’s brought them to their choices, it humanizes them and gives them empathy,” Gillespie said. “I’m not asking the audience to condone what they’re doing or agree with it, but it’s interesting to get to a place where you can understand why they’re doing it.”

“Cruella” opens in theaters and on Disney+ through Premier Access this Friday. Check out TheWrap’s full video interview with director Craig Gillespie above. 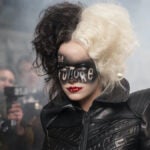 Also Read:
‘Cruella': Here’s How They Pulled Off the Iconic Black and White Hair for Emma Stone