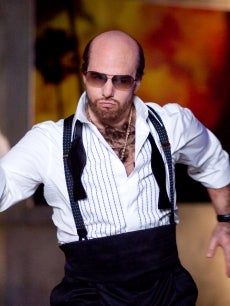 Tom Cruise is on the move again.

The "Top Gun" star has left public relations firm Rogers & Cowan for 42 West, TheWrap has confirmed. He will be represented by Amanda Lundberg.

The erstwhile superstar suffered a series of public relations debacles after firing legendary publicist Pat Kingsley in 2004, purportedly because he felt that Kingsley was stifling his efforts to proselytize about Scientology.

Cruise hired his sister, Lee Anne DeVette, to replace Kingsley, and over the ensuing 20 months that she represented him he proceeded to jump on Oprah’s couch, get in a tiff with Matt Lauer and insult Brooke Shields over her post-partum depression.

He also, for the first time, openly discussed his religious beliefs.

After watching his Q rating plummet, Cruise replaced his sister with Rogers & Cowan in 2005.

No word yet on why Cruise sought new representation, but the last few years have been good for the actor. Although "Lions for Lambs" was a certifiable bomb, "Valkyrie" made $200 million worldwide and the actor’s profanity-spewing cameo in "Tropic Thunder" did a great deal to restore some luster to his career.

In fact, it’s hard to think of him these days as anything but a hard-working, regular-guy family man with a pretty wife and a stable of kids.

Jeff Raymond who worked with Cruise at his (now) former public relations firm responded to a request for comment by saying, "Rogers & Cowan and Tom Cruise remain friends and we wish him well in all his future endeavors."