New York Gov. Andrew Cuomo is taking some heat for his book deal that he believes is uncalled for.

On Thursday, Cuomo fielded questions from reporters for the first time since releasing his 2020 tax return, which revealed that his publisher is scheduled to pay him more than $5 million for writing the book, “American Crisis: Leadership Lessons from the COVID-19 Pandemic.”

At the news conference, one reporter asked the governor whether this hefty salary for the book on pandemic leadership was paid “off the backs of dead New Yorkers.”

The book, which was released last October, has roused controversy since its inception. Most recently, the Monday release of Cuomo’s tax records has prompted an investigation into whether he misused government resources to write it.

Later in the conference, the same journalist took the opportunity to follow-up and ask Cuomo to elaborate on why he dismisses the criticism as “stupid.” 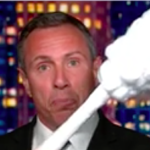 “I thought your question was stupid and offensive,” Cuomo said.

“I wrote a book saying, ‘This is what we should learn from what has happened so far with COVID because we’re not done and it’s going to continue, and if we don’t learn the lessons, we’re going to continue to make the same mistakes.'” He continued, “That’s why I wrote the book, and by the way, that’s what happened.”

Once lauded for his state’s coronavirus response, Cuomo has since come under fire for underreporting nursing home deaths and for sexual misconduct in the workplace as well. The governor has denied any wrongdoing in both cases. 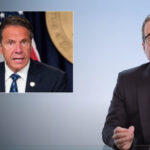