In the short span of her young career, Katherine Langford has already been part of several high-profile projects. But she’s never done anything like Netflix’s “Cursed” — at least not on the surface.

“I was looking for something that felt different and felt challenging,” Langford said. At the time, she had finished two seasons as the star of Netflix’s breakout teen drama “13 Reasons Why” and followed that up with Greg Berlanti’s gay romance “Love, Simon,” both of which worked to establish her as one of Hollywood’s go-to young stars. (She would later go on to appear in the Rian Johnson whodunnit “Knives Out” and film a small part in “Avengers: Endgame” that was cut from the final version of the film.)

“I wasn’t necessarily looking to do anything in TV, but I was sent the manuscript for the book, and when I read the story, I couldn’t put it down,” she said. 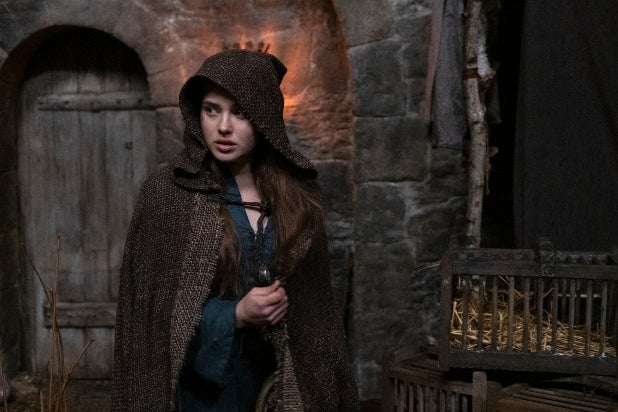 Released in 2019, “Cursed” is a retelling of classic Arthurian legend from the perspective of Nimue, a.k.a. the Lady of the Lake, by Thomas Wheeler and veteran comic-book writer Frank Miller. The Netflix series, which the duo adapted themselves, presents Nimue as the heroine of the myth. She’s the one who wields the sword and uses its power to lead her people. Familiar characters who we are used to seeing as heroes — including a not-yet-king Arther and a powerful sorcerer named Merlin — appear throughout the first 10 episodes, but often in new or remixed ways, and always in a support of Nimue’s story.

“It was an opportunity to tell the story of a heroine,” Langford said. “To really acknowledge the obstacles that are really specific to a woman on that journey. And to have the opportunity to tell a story like that, those roles are really few and far between. So it was something that felt really exciting and new and different to me.”

Early promotion for the series played up this new feminist twist to Arthurian legend, with key art showing Langford holding the Excalibur sword while wearing an expression ready for battle. One trailer flashed a series of shots of men fighting over a sword, which we’re informed belongs to “the one true king,” before Nimue emerges from a lake with it in her hands, as Langford says in voiceover, “But what if the sword chooses a queen?”

“If a role resonates with me, I can picture it. Often when I read scripts, if something is sent to me and I’m not right for the role, I’ll sometimes see other people in the role as I’m reading it in my head,” Langford said. With Nimue, it wasn’t another actor she saw, but it wasn’t that shot of Nimue as a warrior, either.

“What really stood out to me was that image we have of Nimue at the beginning of the season,” she said. “I think when people look at the trailers for the show, they’ll see Nimue as a warrior, and they’ll see her as this courageous symbol — which she does grow to become — but for me, first and foremost, we see her as this restless young woman. She’s not quite sure where she belongs, and she has this thing that she doesn’t understand and that other people don’t understand, which makes people afraid of her.” 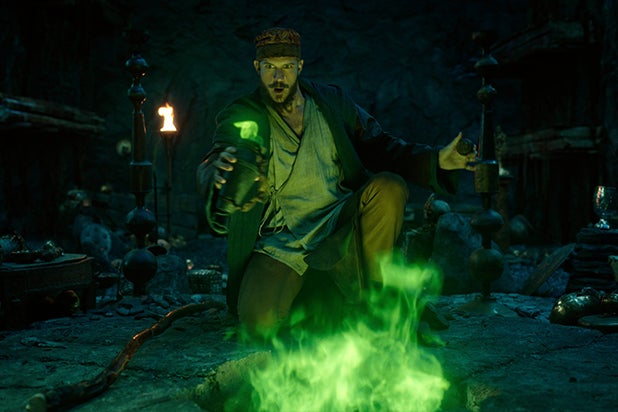 “Cursed” informs us early on that Nimue is an outcast. Her mother is the high priestess of their fairy-like Fey clan, but Nimue isn’t interested in following those footsteps. A childhood encounter with a demon has left her feared, ostracized and without a father. She dreams of stealing away on a trade ship and leaving it all behind without as much as a goodbye.

“That feeling of restlessness, and feeling like she doesn’t fit in, that’s something that we all have at any point in our lives, no matter who you are. We feel like we have something inside of us that makes us not quite sure where we belong or what we’re supposed to do,” Langford said.

On that level at least, Nimue isn’t all that unlike Hannah Baker, the “13 Reasons Why” character that launched Langford’s career. Hannah is, of course, human and without a magic sword, and her story has a much more tragic end, but that feeling of being simultaneously trapped and out of place is one Langford knows how to play.

“To me, superheroes aren’t black and white,” she said. “They’re not good and bad, they’re not someone necessarily with extraordinary powers, but someone who is able to overcome their situation in an incredible way. And that’s really what Nimue is. She’s forged from all this turmoil and uses everything that she has inside of her to help others.” 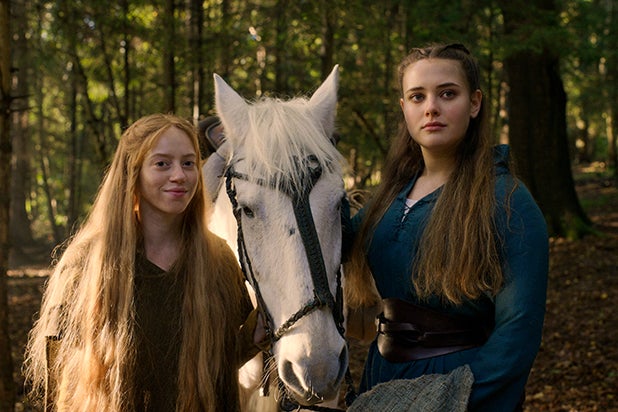 “Cursed” is available to stream on Netflix.

With voters no doubt overwhelmed by the sheer number of shows contending for Emmys this year, TheWrap staff singles out a few of our favorites.