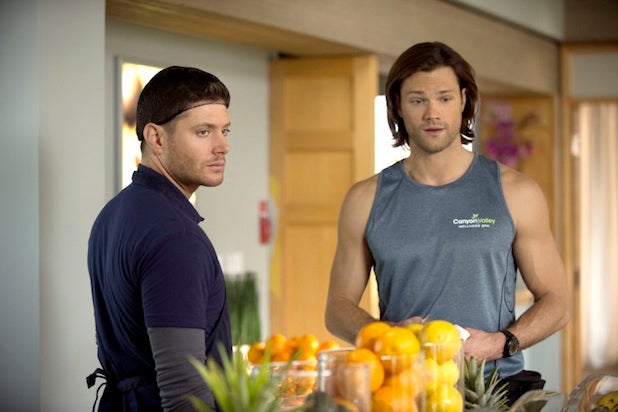 The CW has given early season renewals to “Supernatural,” “Arrow,” “The Vampire Diaries,” its spinoff “The Originals” and “Reign.”

The three returning series and two freshman dramas will return for the 2014-2015 season.

“This season we’ve had great success with our new hit series ‘The Originals’ paired with ‘Supernatural,’ giving us our best Tuesday nights in years. ‘The Vampire Diaries’ is No. 2 in its time period in the young adult demos, and with ‘Arrow’ continuing to gain among young men, and ‘Reign’ growing its time period, we now have strong nights on Tuesday, Wednesday and Thursday,” said The CW’s president Mark Pedowitz in a statement.

He continued, “I’m very pleased to announce early pickups for all five series, and let our fans know they’ll have more great drama to look forward to next season.”

According to a network representative, CW’s other series are still eligible for season renewals with decisions being made closer to its Upfront presentation to advertisers in May.

“Supernatural,” which will return for a 10th season with this pickup, has seen a resurgence in its audience with double-digit increases in total viewers and in all key demographic groups. It has also helped, along with “The Originals,” to give CW its strongest Tuesday night numbers year-over-year with 150 percent increase with the advertiser-coveted 18-49 demographic.

Meanwhile, “The Vampire Diaries” continues to be CW’s highest-rated show. Its current fifth season has been ranking No. 2 among Adults 18-34 and No. 3 with 18-49.

While “TVD” leads in the ratings, “Arrow” is CW’s most-watched series, averaging 3.9 million total viewers. It also ranks No. 1 in its time period for the 18-34 demo.

“TVD” spinoff, “The Originals,” hasn’t racked up as many viewers as “TVD” with about 2.2 million viewers tuning in each week. But, as previously mentioned, it’s helping to deliver strong Tuesday nights for the network over last year.

The renewal for “Reign” may take some by surprise, but it actually averages slightly more total viewers than fellow renewed drama, “Originals,” with 2.35 million viewers.