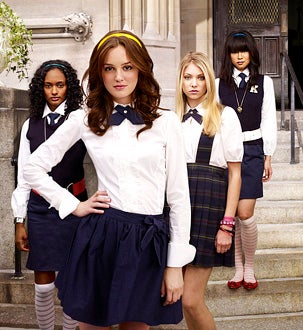 Based on how rapidly The CW network sold out its primetime upfront ad inventory during a five-hour run last week, the young-female-skewing broadcast network may have found the Holy Grail for monetizing streamed TV shows.

While The CW may only take in 15 percent to 20 percent as much in primetime television ad dollars this year when compared with the Big Four, the speed at which media agencies gobbled up its "convergence packages" Thursday night clearly shows that a nerve was struck.

The result is a potential blueprint for the entire television industry.

Most of the network’s deals included the sale of commercials not only for their shows on TV, but also for spots within those same shows when they’ll be streamed each week online, exclusively on CWTV.com, 72 hours after broadcast.

The CW took in $360 million, 20 percent more than in last year’s upfront. But executive VP of sales Rob Tuck told TheWrap that total does not include the amount of money it took in for its online ad sales in the streamed shows, which he would not disclose, but which he described as being "a significant" amount.

"This is something the whole TV industry has been trying to figure out, and we did it," Tuck told TheWrap. "We developed an initiative that enables us to monetize our shows online, to satisfy the needs of our clients, and it is something that the ad community is fully behind."

What The CW — working behind the scenes for nearly a year with the digital media group at Warner Bros. Television — has come up with is a modified video player to handle and serve up multiple ads within commercial pods of full-episode streaming. In effect, the shows that air online, which previously could have only one commercial in each break or pod, can now show multiple commercials — even the same number as in a traditional TV commercial pod.

The system can also give advertisers "pod exclusivity," just like they can get on the TV telecasts, and the audience can be measured by audience demographics, not just by a total number of viewers. So advertisers who want to target the same young female demo in the online episodes that they do on TV can now get a measurement of them — as well as an audience guarantee tied in with its TV ads.

The CW’s system takes the raw total-viewer streaming data from DoubleClick, the Google subsidiary that tracks online traffic, and then applies its own, internally-developed formula to it, based on online audience composition data it gets from Nielsen Video Census. With that, they are able to come up with specific demographic data.

Another key aspect of this new initiative for advertisers is that The CW’s modified online video player now allows for the same protections and guarantees for their commercials as they have when they air on television.

Online viewership is particularly important to The CW, because its younger audience tends to use the internet more than older viewers. It also tends not to not distinguish much of a difference between watching shows on TV and online.

In the fourth quarter of 2009, 26 million streams of CW shows were initiated on its website, up 26 percent over the same period in 2008. And almost 9 million hours to CW shows were watched online last fall.

"We needed to find a way to monetize that," Tuck said. "It didn’t make sense to make shows available online if we couldn’t get paid for them."

But up to that point, the only data measurement services were offering was total viewers, and advertisers wanted demographic data. "Once we worked that out and upgraded our video player to accommodate more ads per streaming show, we began visiting all of the major media agencies," Tuck said. "And when the agencies found out we could offer them online demographic guarantees in conjunction with their TV buys, they were sold."

The network didn’t sell any ads exclusively for the streaming shows during its upfront selling last week, but Tuck said if there are avails left once the season starts, he would sell them to digital-only advertisers in scatter.

He said the ultimate goal will be to sell the same number of ad units in each streamed show that run in the televised version, which is about 20 30-second spots per show.

Tuck doesn’t see the streaming video ads replacing commercials run on TV, but running as an adjunct. And he said the TV shows still have to be good or else no one is going to want to watch them online.

"You can’t lose sight of the fact that for there to be interest in the online streaming, the big, broad reach of television has to be there first for the shows," Tuck said. "The bulk of an advertisers impressions will still come from television. But this is a way for an advertisers to get additional reach and to have that reach measured demographically and guaranteed along with the TV buy."