The Duplass brothers’ "Cyrus" will be the opening-night film of the second annual BAMcinemaFEST, running June 9-20 at BAMcinematek in Brooklyn.

The 12-day festival will offer 16 New York premieres and a U.S. premiere of emerging voices in American independent and international cinema. 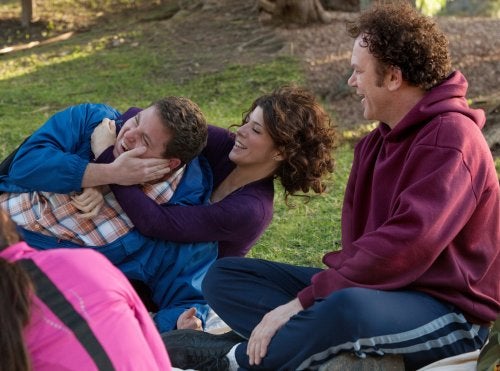 Director Olivier Assayas will be present for a conversation with film critic Kent Jones about his influences, and will introduce screenings of two of his favorite films.

BAMcinemaFEST launched in the summer of 2009 in commemoration of the 10th anniversary of BAMcinématek, BAM’s acclaimed repertory film program.

■ 12th and Delaware (Heidi Ewing & Rachel Grady, USA) This powerful documentary looks at an abortion clinic and a faith-based center that share an intersection.

■ Am I Black Enough For You (Göran Hugo Olsson, Sweden) The definitive profile of Philly soul legend Billy Paul. US Premiere

■ Freedom Riders (Stanley Nelson, USA) A part of PBS’ American Experience series, this documentary from the director of Jonestown looks at the civil rights activists who traveled together in the Deep South in ’61. NY Premiere

■ His & Hers (Ken Wardrop, Ireland) A cinematic mosaic of 70 Irish women, from infancy to nanogenarianism. NY Premiere

■ Lovers of Hate (Bryan Poyser, USA) A dark comedy about a down-and-out 30-something and his more successful brother, played by Beeswax star Alex Karpovsky. NY Premiere

■ Putty Hill (Matthew Porterfield, USA) A fractured family and their community cope with the untimely death of a young man in the sophomore effort from the director of Hamilton. NY Premiere

■ Rejoice and Shout (Don McGlynn, USA) A vivid history of Gospel music, featuring performances from acts such as Mahalia Jackson and the Blind Boys of Alabama. NY Premiere

■ Teenage Paparazzo (Adrian Grenier, USA) The Entourage star helms this exploration of America’s obsession with celebrity via the story of a 13-year-old photographer.

■ Special Event—Olivier Assayas Selects. The director discusses his films and inspirations with film critic Kent Jones, with screenings of Maurice Pialat’s We Won’t Grow Old Together (France, 1972) and a high-definition presentation of the director’s cut of David Fincher’s Zodiac (USA, 2007).

■ Shorts Programs 1&2 New and acclaimed short-form works in their NY (and World) premieres with many culled from Sundance, Sarasota and other festivals (films TBA).