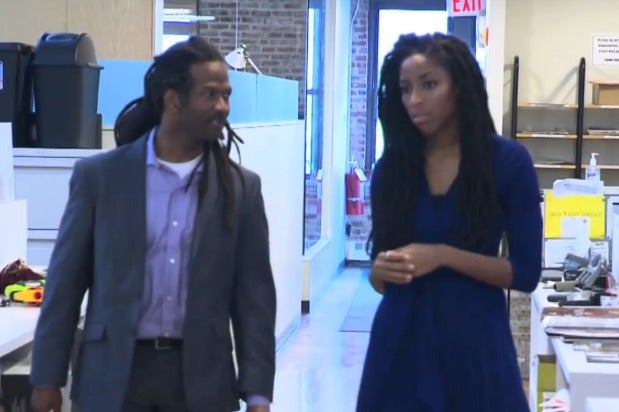 “Daily Show” correspondent Jessica Williams set out to solve a great mystery Wednesday: If people aren’t racist anymore, why are dogs and computers?

Williams introduced the segment by noting that many pundits say racism is over — as evidenced by the election of Barack Obama and other African-American leaders. Oddly enough, however, dogs are not as unbiased as humans.

Williams noted a recent finding that over a six-month period, 100 percent of people bitten by Los Angeles County Sheriff’s Department dogs were black or Latino.

“Is that because we taste better than white people?” she asked a dog trainer.

When the trainer insisted that the problem resided with the humans holding he dogs leashes, Williams scoffed: “People arent racist anymore. We have a black president now.”

To find out what makes minorities taste so delicious, she took to the internet — where she found a litany of racist keyword searches.

One possible conclusion: computers are racist too.

Finally she consulted with “Columbia professor and hairstyle copycat” Carl Hart, who explained what might really be at work.