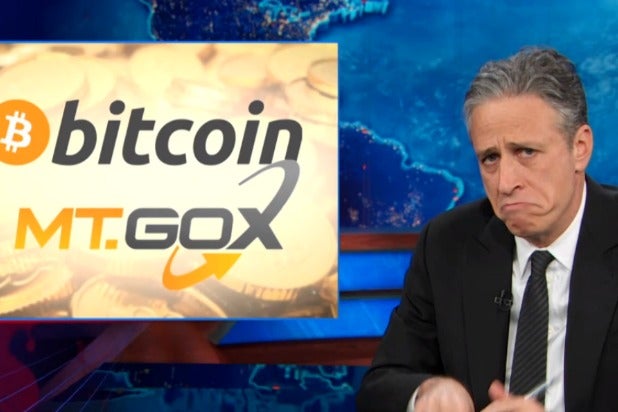 Jon Stewart says bitcoin is the “Tamagotchi of currency.”

You remember Tamagotchi, right? Neither did we. A Tamagotchi is a Japanese digital pet that lives on a keychain and acts cute, until it dies.

“That reminds me, I should feed mine. I got him twelve years ago…. I wonder how he’s doing?” Stewart said on Thursday’s “Daily Show.” “He was my best friend for the 15 seconds I played with him.”

Stewart was talking bitcoin because of news that lots of it has disappeared from one of the world’s major marketplaces for bitcoin, which apparently started as a place for trading “Magic: The Gathering” cards.

It’s funny that bitcoin is only valuable because people imagine it’s valuable… except that that’s true of all other currency, too.