It could very easily been Matt Damon or Jake Gyllenhaal who played “Avatar’s” paralyzed Marine Jake Sully, instead of an up-and-coming Australian actor living in his car. 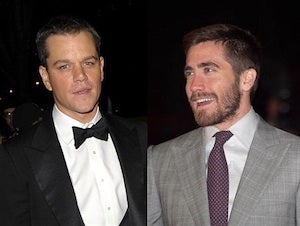 Filmmaker James Cameron told the L.A. Times earlier this week that he auditioned both high-profile actors, mainly to please distributor Fox, which reportedly wanted a well-known talent in the role, given production budget that some have pegged to be as high as $400 million.

But Cameron had Sam Worthington in mind for the starring role from the start, and both Damon and Gyllenhaal weren’t interested, anyway.

“I don’t think they ever had a problem with the CG,” he told the paper. “Honestly, did I go out and try to woo them? No. I had my heat set on Sam. Maybe they sensed my lack of 100-percent commitment from me. Maybe it was the subject matter. This was a big ‘Star Wars’-type movie. They’re both serious actors.”

Worthington has already signed on to star in an “Avatar” sequel.

And he’s since moved out of his car, as well.