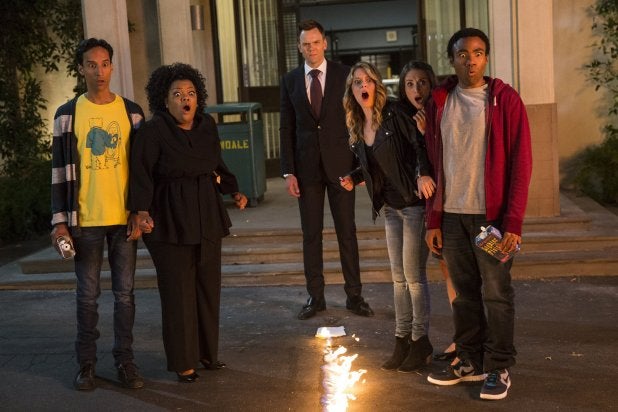 Three days after its cancellation by NBC, “Community” creator Dan Harmon drafted a response on Tumblr. Harmon wrote that he had intended not to speak up in the wake of his show’s cancellation after five seasons, but felt he needed to for the fans.

“I’m getting tweets from some anxious sounding fans, tweets that make me anxious because I feel like I’ve made THEM anxious with my silence,” Harmon wrote. He went on to say that fans are asking him how they can help him save his show. His response was that they could “totally sit back and relax for this chapter.” According to Harmon, “You don’t have to worry that someone on this planet isn’t aware of this show’s value to its audience.”

Also read: ‘Community’ Gets Canceled and Fans Are Absolutely Devastated

He admitted to initially being lukewarm about possibly taking the show elsewhere during a call on Friday with “Community’s” production company Sony, but was certain that this was only an initial reaction. “I said “eh” on a Friday afternoon, I will change it to a “sure, let’s talk” on Monday morning and Sony can do their thing,” Harmon admitted. “I’m not going to be the guy that recancels cancelled ‘Community.'”

He went on to explain at least some of his hesitation, and it was on behalf of those same passionate fans. “Part of my ‘eh’ was coming from the unsettling thought of your passion for campaigns being once again exploited by this rather unfair, somewhat backward system,” Harmon wrote. “One that now treats you like it’s your responsibility to keep a show alive … Like you owe them an apology when they can’t measure or monetize you to their satisfaction.”

He concluded by encouraging “Community” fans to support other great comedies on television — including his own “Rick and Morty” on Adult Swim — and “let the suits deal with the suits and see what possibilities exist.”