Investor and hedge fund investor Daniel Loeb has retracted his previous call for Disney to spin off ESPN, pointing to the sports channel’s “potential as a standalone business,” Bloomberg reported Sunday.

“We have a better understanding of ESPN’s potential as a standalone business and another vertical for Disney to reach a global audience to generate ad and subscriber revenues,” Loeb tweeted Sunday. “We look forward to seeing Mr. [James] Pitaro execute on the growth and innovation plans, generating considerable synergies as part of The Walt Disney company.”

The activist investor had previously called for Disney to spinoff ESPN when his company, Third Point LLC, acquired a stake in Disney in August (now owning roughly 0.4% stake in it), saying that it would reduce its $46 billion debt. 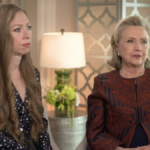 Also Read:
Hillary and Chelsea Clinton Say ‘Gutsy’ Is a Rallying Cry for Women: ‘We Have to Stand Up and Make Our Voices Heard’ (Video)

In a letter to the media conglomerate, Loeb also called for the addition of new board members, noting that the board had “gaps in talent and experience as a group that must be addressed.”

As for the potential sale or spinoff of ESPN, Loeb said that this change would enable “greater flexibility to pursue business initiatives that may be more difficult as part of Disney, such as sports betting,” according to the Hollywood Reporter.

Now, Loeb’s decision to back off the ESPN subject comes as Disney wraps up its D23 Expo in Anaheim, California. During the event, Disney CEO Bob Chapek spoke about the potential sale, saying that “when the world thought that maybe ESPN was for up for grabs, we got at a lot of inquiries, either to myself or our CFO, from other entities.”

“So, if you happen to have a vision for the future that the rest of the world’s not necessarily in tune with yet, then you keep ESPN,” Chapek told Deadline. “You keep ESPN, and you have a full complement of general entertainment, family news, sports that no other entertainment company can touch.”