Dan Reeves, former coach of the Denver Broncos and the Atlanta Falcons, died of complications from dementia on Saturday. He was 77.

“Legendary NFL player and coach Dan Reeves passed away early this morning, peacefully and surrounded by his loving family at his home in Atlanta, GA He passed away at age 77 due to complications from a long illness,” the statement read. “His legacy will continue through his many friends, players and fans as well as the rest of the NFL community. Arrangements are still to be determined.”

According to the NFL, Reeves is the only person to have ever appeared in multiple Super Bowls as both a player and a coach. 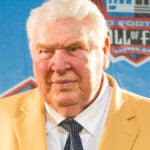 In his early career in football, Reeves spent eight seasons as a running back for the Dallas Cowboys as a protégé of legendary NFL coach Tom Landry. Two of those seasons ended with a trip to the Super Bowl and, in 1971, the Cowboys defeated the Miami Dolphins. As a player, Reeves rushed for 1,990 yards and 25 touchdowns, as well as catching 129 passes for 1,693 yards and 17 touchdowns.

In 1981, Reeves became head coach of the Denver Broncos, where he spent 11 seasons before moving to the New York Giants and Atlanta Falcons. In all, Reeves spent 23 seasons as a head coach.

“Reeves finished 190-165-2 in his 23 seasons as a head coach, and his 190 wins are the 10th most in NFL history,” CBS Sports wrote. “He won the Associated Press NFL Coach of the Year award twice (1993, 1998), was the third head coach to take three different teams to the playoffs, and was just one of seven head coaches to take two different franchises to the Super Bowl.”

Falcons owner and chairman Arthur Blank said in a statement released by the team, “Dan Reeves leaves a lasting legacy in our game as a player and coach. His track record of success in Dallas, Denver, New York and Atlanta over several decades speaks for itself, marking a long and successful life and career in football. On behalf of the Atlanta Falcons I extend our condolences to Dan’s family and friends as they mourn his passing.”

Reeves was named Associated Press NFL Coach of the Year in 1993 and 1998, and was inducted into the Broncos Ring of Fame in 2014. 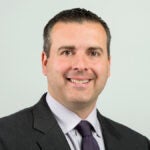