John Madden, the legendary former NFL coach and broadcaster, died unexpectedly on Tuesday. He was 85.

“On behalf of the entire NFL family, we extend our condolences to Virginia, Mike, Joe and their families,” NFL commissioner Roger Goodell said in a statement. “We all know him as the Hall of Fame coach of the Oakland Raiders and broadcaster who worked for every major network, but more than anything, he was a devoted husband, father and grandfather.

“Nobody loved football more than Coach. He was football,” Goodell said. “He was an incredible sounding board to me and so many others. There will never be another John Madden, and we will forever be indebted to him for all he did to make football and the NFL what it is today.” 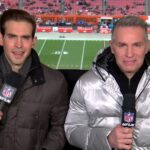 In coaching, he led the Oakland Raiders to victory over the Minnesota Vikings in the Super Bowl XI. He became the youngest coach in league history when he was hired.

Madden later retired in 1979 and got into broadcasting, later retiring from calling games in 2009. Madden has also done commercials and movies and was the namesake for one the most successful sports video games, EA Sports’ “Madden NFL.”

Madden was also recently featured in a Fox documentary, “All Madden,” which covers his 30-year broadcast career that followed his Hall of Fame coaching career. The film, which can be streamed starting Jan. 3 on Peacock, ESPN+ and Tubi, chronicles his impact on the sport, on broadcast television and on the video game industry. 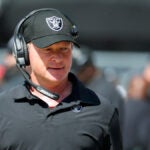