The duo will play the “infamous” couple Mo and John Dean, the young duo who were wrapped up in the political scandal while John was serving as a White House lawyer under the Nixon administration. Also joining the cast as series regulars are Shea Whigham as G. Gordon Liddy and Darby Camp as Marty Mitchell. 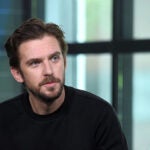 The series is described as a “modern take on Watergate that focuses on the untold stories and forgotten characters of the scandal – from Nixon’s bumbling, opportunistic subordinates, to the deranged zealots aiding and abetting their crimes, to the tragic whistleblowers who would eventually bring the whole rotten enterprise crashing down.”

The project previously had Joel Edgerton attached to direct and star alongside Penn and Roberts. But Edgerton and his brother, Nash Edgerton, exited the series ahead of its pickup at Starz back in February, as did Armie Hammer.

Matt Ross will direct and executive produce, alongside Pickering and Sam Esmail and Chad Hamilton of Esmail Corp. Roberts will executive produce under her banner Red Om Films along with co-executive producers Lisa Gillan and Marisa Yeres Gill. Anonymous Content and Slate’s Gabriel Roth and Josh Levin will also executive produce. Leon Neyfakh, who created the podcast, will consult on the project. “Gaslit” is produced by UCP.