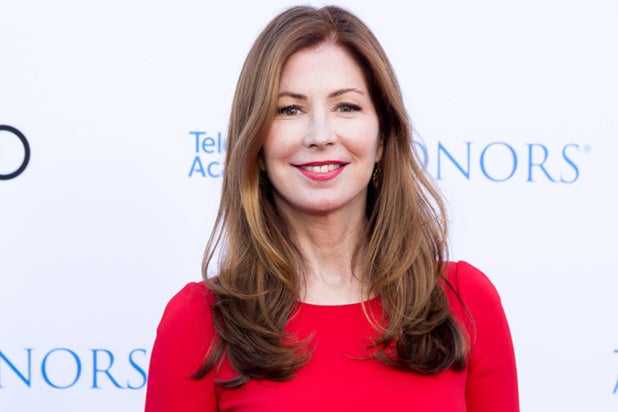 “Body of Proof” star Dana Delany has joined the cast of CBS’s military legal drama “The Code,” stepping into the role played by Mira Sorvino in the original pilot.

She will play Colonel Eisa Turnbull, the Commanding Officer of the Marine Corps’ Judge Advocate Division. Eisa demands excellence of herself and her staff, inspiring fierce loyalty from the attorneys who serve under her command. One of the highest‐ranking female officers in the Corps, Eisa is also the mother of two sons who are serving overseas.

Shortly after the legal drama was picked up to series earlier this year, it was announced that the network would recast the characters played by Mira Sorvino and Dave Annable. A person with knowledge of the project told TheWrap at the time that Annable and Sorvino were simply not a good fit for the show as it emerged.

Luke Mitchell was cast to replace Annable earlier this month.

From CBS Television Studios, “The Code” follows a group of Marines who are also trained attorneys – prosecutors, defense lawyers and investigators. “The Code” will be helmed by Craig Sweeny and Craig Turk, and directed by Marc Webb.