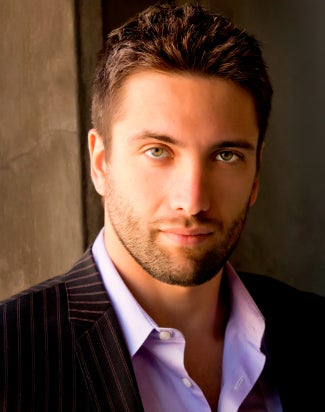 “Dancing With the Stars” professional and “So You Think You Can Dance” choreographer Dmitry Chaplin is set to guest star on TNT’s “Agent X,” TheWrap has learned exclusively.

Sharon Stone and Gerald McRaney also star on the series, which is being produced by TNT Originals in association with Beacon Pictures. Stone also serves as executive producers alongside Armyan Bernstein and pilot scribe William Blake Herron. The pilot was directed by Peter O’Fallon.

TNT previously ordered 10 episodes for the first season of the series, with plans to launch in the second half of 2015.

Chaplin not only choreographed an episode of “Bones” last year, he guested on it as Kendrick Mantoroy. He also had a guest spot on ABC Family’s “Baby Daddy” in 2014.

“Agent X” follows top secret agent Case, who is deployed at the discretion of the Vice President of the United States (Stone) when traditional law and government aren’t able to help. Stone’s Natalie Maccabee is forced to tackle not only global threats but also the palaces of intrigue of Washington D.C.

With Case handling high-stakes missions that are too sensitive for the FBI and the CIA, Maccabee soon finds herself being drawn into the action.

McRaney plays Malcolm Millar, the chief steward of the vice president’s mansion and the keeper of its many secrets. It is he who reveals to Vice President Maccabee the nature of her special responsibilities.