“Dancing with the Stars” made the move to Disney+ on Monday night, streaming live coast-to-coast, and the initial installment wrapped up with an elimination.

(Spoiler alert: This story reveals who went home on “DWTS.”)

At the end of the two-hour Season 31 premiere, which allowed voting throughout the night via text, two couples were left in the bottom 2 — “Real Housewives of New Jersey” star Teresa Giudice and pro Pasha Pashkov, and “Sex and the City” alum Jason Lewis and pro Peta Murgatroyd. And the eliminated couple ended up being Lewis and Murgatroyd.

“I am so sad that I have to go home. It was amazing,” Lewis said, noting everyone was so supportive among the cast during his brief stint on the show.

While Giudice and Lewis landed near the bottom of the leaderboard on Monday night with their pros, “Jersey Shore’s” Vinny Guadagnino and pro Koko Iwasaki were actually in the lowest spot. They were, however, saved by the viewer text messages to go through to the following week — Elvis week. 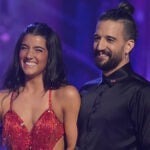 Also Read:
Mark Ballas Reacts to Topping ‘Dancing’ Week 1 With Charli D’Amelio After 5 Years Away From the Series

The premiere of the now-live streaming show went off with almost no issues. At one point, host Tyra Banks announced the wrong couple at the top of the leaderboard, but she noted she was given wrong information and quickly corrected it.

“Dancing With the Stars” overall felt familiar, despite being on streaming, with the show moving quickly throughout the night. Instead of commercials, in between competition dances, the pro troupe would come out and perform versions of the dances the celebrities had to do.

“Let’s Make a Deal” host Wayne Brady came out as an early frontrunner of the evening, scoring 29 out of 40 for his cha cha with pro partner Witney Carson.

“Welcome to Wayne’s dance floor. Performance level through the roof,” judge Bruno Tonioli said after Brady and Carson combined some Michael Jackson-style moves with the cha cha. “You’ve got it and you know what to do with it.”

Carrie Ann Inaba told Brady he was “fabulous,” while head judge Len Goodman called their routine “the most watchable dance of the night so far.”

But there was more to come. “RuPaul’s Drag Race” alum and “We’re Here” star Shangela hit the dance floor with Gleb Savchenko for a sassy salsa that left fourth judge Derek Hough impressed.

“You were so fantastic. You have so much energy,” he said. 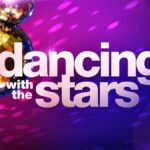 Also Read:
What Time Does ‘Dancing With the Stars’ Stream on Disney+?

Selma Blair, who has multiple sclerosis, danced with Sasha Farber, who she said is her neighbor. The pair did a Viennese waltz that left others in the ballroom, including competitor Jordin Sparks and pro Pasha Pashkov, in tears.

“You really created magic tonight. It was gorgeous,” Tonioli said.

But Charli D’Amelio, the TikTok star, who went last for a cha cha with returning pro Mark Ballas, topped the leaderboard.

“This performance is really the cherry on the cake,” Tonioli said. 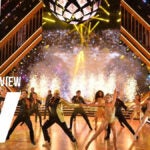