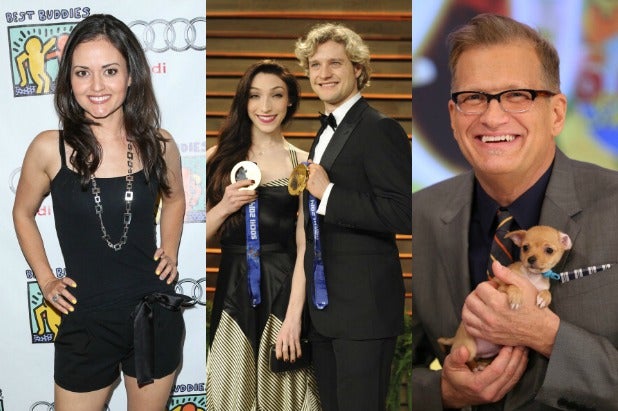 If you’ve ever wondered who would win a dance contest between Winnie Cooper and Lando Calrissian, you’re about to find out: Danica McKellar and Billy Dee Williams are among the new contestants on “Dancing With the Stars,” along with Olympic ice dance duo Meryl Davis and Charlie White, Drew Carey, and swimmer Diana Nyad.

The competitors for the shows 18th cycle, premiering March 17, were introduced on “Good Morning America.”

The show is making some changes this time around, including replacing host Brooke Burke-Charvet with Erin Andrews and a new format in which viewers will be able to vote mid-season to switch celebrities and their pro partners.