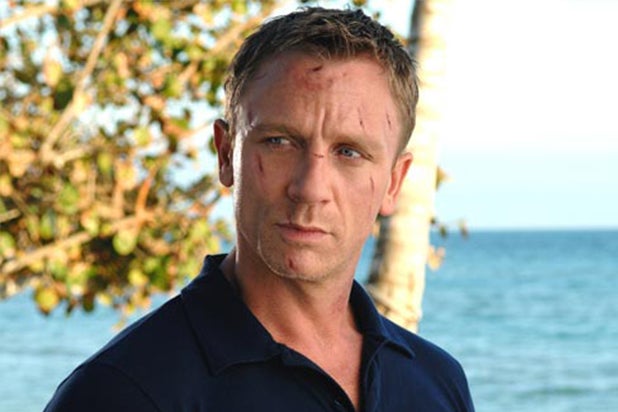 Even James Bond can be sidelined with a knee injury.

Daniel Craig is spending his spring “Spectre” filming break getting and recovering from arthroscopic knee surgery, according to the Associated Press.

Producers of the newest Bond film told the AP that Craig underwent a “minor procedure” during the blockbuster’s Easter production break. The Guardian reported in February that Craig sprained his knee while filming action scenes for “Spectre” in Mexico.

On Monday, Eon Productions said the franchise’s latest star spy will rejoin the movie on April 22, when it resumes filming at Pinewood Studios in England.

The latest installment begins with a cryptic message from Bond’s past, which sends him on a trail to uncover a sinister organization. While M battles political forces to keep the secret service alive, Bond peels back the layers of deceit to reveal the terrible truth behind SPECTRE.

Craig has two additional coming Bond films — “The Girl Who Played With Fire” and “Bond 25” — listed on his IMDb page.