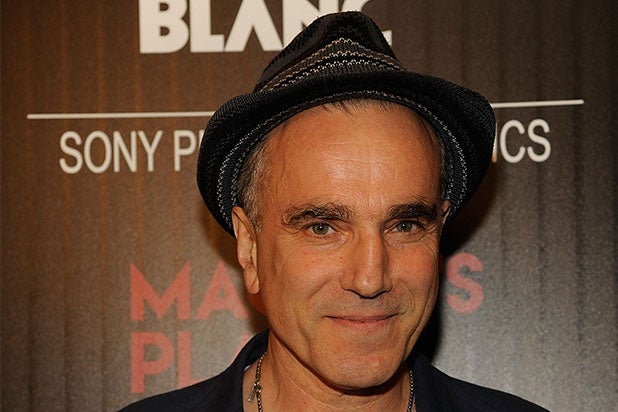 Daniel Day-Lewis announced in June that he would be retiring from acting after starring in Paul Thomas Anderson’s upcoming film “Phantom Thread,” but now the actor promises he is “not going to stay idle.”

“Who knows?” Day-Lewis said when W Magazine asked him where his career would take him next. “I won’t know which way to go for a while. But I’m not going to stay idle. I don’t fear the stony silence.”

Five months ago, the actor put out a statement saying he would no longer be working as an actor, and that it was a private decision that he would not comment on further.

“I knew it was uncharacteristic to put out a statement,” he said. “But I did want to draw a line. I didn’t want to get sucked back into another project. All my life, I’ve mouthed off about how I should stop acting, and I don’t know why it was different this time, but the impulse to quit took root in me, and that became a compulsion. It was something I had to do.”

However, his decision to step away from acting hasn’t come easily. Day-Lewis said he feels “great sadness” about his decision given that he had been interested in acting since he was 12 years old.

“Do I feel better?” he told W. “Not yet. I have great sadness. And that’s the right way to feel. How strange would it be if this was just a gleeful step into a brand-new life. I’ve been interested in acting since I was 12 years old, and back then, everything other than the theater — that box of light — was cast in shadow. When I began, it was a question of salvation. Now, I want to explore the world in a different way.”

Day-Lewis has stepped away from acting before, even working as a cobbler and building furniture in hiatuses between film assignments.

In “Phantom Thread,” Day-Lewis plays a fashion designer named Reynolds Woodcock who clothes high-society women. He rotates muses until meeting Alma (Vicky Krieps), who becomes his inspiration and his lover. But Reynolds finds his world of design disrupted by love — and the people closest to him take notice.

The film also stars Lesley Manville, Camilla Rutherford and Richard Graham. It will be released on Dec. 25.

Day-Lewis is a five-time Academy Award nominee, with three total wins. He also took the trophy for “My Left Foot” in 1990 and “Lincoln” in 2013.