A jury deliberating criminal rape charges against “That ’70s Show” star Danny Masterson on Friday said they were “unable to come to a unanimous decision” in all three cases, but the judge said she would have them back for more deliberations after a break for the holidays.

The jury began deliberating late Tuesday and in earnest on Wednesday morning, but after more than two full days were still not aligned. The judge said that wasn’t enough time for full deliberations, and that she would call the panel back Nov. 28, meaning the courtroom would be dark for the entire Thanksgiving holiday week.

Defense attorney Phillip Cohen argued that the jury would be visiting with relatives and friends over Thanksgiving break – 10 full days to read and hear information about the case. But Judge Charlaine Olmeda said it’s not unusual for juries to take holiday breaks, that her decision would stand.

The jury suggested in its note that they were deadlocked on all three cases for which Masterson is charged. That’s significant because to get a conviction, he must be found guilty in at least two of the charged cases – California’s statute of limitations does not allow individual sexual assault charges as old as the ones lodged against Masterson to be prosecuted.

Masterson’s family members and a large entourage of well-dressed Scientologists had been lingering at the courthouse since Wednesday morning awaiting the verdict. Masterson, who had been free on $3 million bail, was seen with wife Bijou Phillips and family members passing the time on the benches outside the 9th-floor courtroom; once deliberations began, he was no longer wearing one of the ties he had worn daily with the jury present in court. 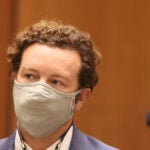 Early on Wednesday morning, the jury of seven women and five men asked to see two items: a “degree-of-guilt” chart presented by the defense, and the police report for Jane Doe 1. Since neither was entered as evidence, the judge denied their request, and they went home for the night.

Late Thursday morning, jurors asked to review a transcript of Jane Doe 1, also known at trial as JB, testifying under cross-examination about a phone call she made from Florida to Masterson to confront him shortly after their encounter. After some wrangling with defense attorney Phillip Cohen, Olmeda decided to read it back to the jury, who looked calm and composed as they reassembled in the courtroom.

Closing arguments began on Tuesday, with prosecutors wrapping more than a month of testimony by painting the “That ’70s Show” star as an entitled “upstat” – a Scientology term for the church’s highest-ranking members – who sexually attacked young, vulnerable women by bulldozing through clear boundaries, knowing his status would protect him from consequences.

Common threads ran through the testimony of all four women: Each said Masterson was aggressive and commandeering, that he served them at least one alcoholic beverage before the assaults, and that he sexually penetrated them without consent as they later drifted in and out of consciousness. Three of the women, including a former long-term girlfriend, were Scientologists; Jane Doe 4, a non-charged witness called at the 11th hour, was not.

Masterson’s defense team, which has maintained the actor’s assertion that the relations were entirely consensual, did not call any witnesses. And Masterson – who showed little to no emotion and would often stare intently at witnesses as they spoke on the stand – did not testify.

Masterson was formally charged in 2020, but allegations first came to light in 2017 when a blogger covering Scientology reported that detectives were investigating the actor after three women came forward with accusations of rape and assault. The women each claimed they came into contact with Masterson in the early 2000s through the Church of Scientology, and were pressured by church officers to keep quiet. 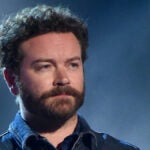