A Los Angeles County judge ruled on Friday that Danny Masterson must stand trial on the three rape charges brought against him last June.

The judge, Charlaine F. Olmedo of the Los Angeles County Superior Court, heard from the former “That ’70s Show” actor’s three accusers and ruled that their testimony was credible for the purposes of moving ahead to trial, according to the Associated Press.

In June, the Los Angeles District Attorney’s office charged Masterson with three counts of forcible rape stemming from accusations of three incidents in 2001 and 2003 with three different women. Masterson entered a not guilty plea at a hearing in January. 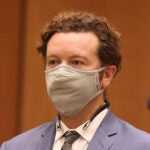 According to the AP, Masterson’s attorney, Thomas Mesereau, argued at Friday’s hearing that his client had consensual sex with the three women. He reportedly challenged the discrepancies in the women’s stories and accused prosecutors of anti-Scientology bias.

Masterson is a prominent member of the Church of Scientology, and all three of the accusers are former members.

Mesereau previously told TheWrap last June that his client is “innocent” and that he will be “exonerated when all the evidence finally comes to light and witnesses have the opportunity to testify.”