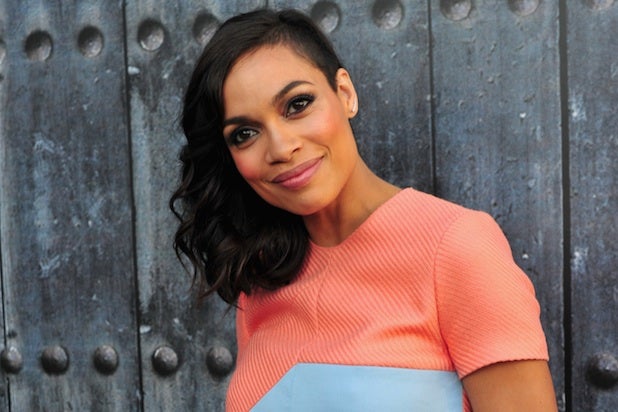 She will play a woman with a quest to heal the wounds of Hell’s Kitchen. Her work forces Matt Murdock, played by Charlie Cox, unexpectedly crashing into her life, while her own journey forever alters the course of his battle against the injustices in the city.

“Rosario Dawson is one the most charismatic, talented and powerful actresses in Hollywood, so she was always at the top of our list for ‘Marvel’s Daredevil,'” said Loeb on the Marvel website. “Her role in the series is absolutely critical to Matt Murdock’s journey to become the hero we know as Daredevil.”

A rare jump to television for the actress, Dawson’s movie credits include the “Sin City” film franchise, “Seven Pounds,” and “Clerks II,” among many others.

In addition to Cox, Dawson joins Vincent D’Onofrio, who will play Wilson Fisk aka The Kingpin, on the cast. “Spartacus” creator Steven S. DeKnight has signed on as the series’ showrunner, replacing Drew Goddard.