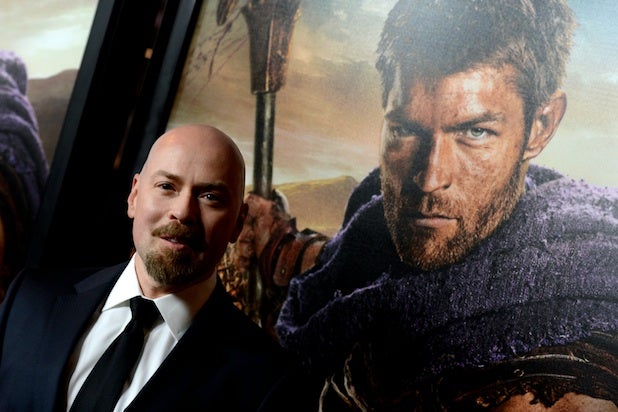 Goddard, who wrote the first two episodes of “Daredevil,” will remain an executive producer on the series while he moves on to write Sony’s “The Amazing Spider-Man” spinoff film, “The Sinister Six,” Marvel announced on Saturday.

Aside from creating the “Spartacus” franchise for Starz, DeKnight’s television credits also include “Dollhouse,” “Smallville,” “Angel” and “Buffy the Vampire Slayer.”

“Daredevil” follows blind superhero Matt Murdock, who was previously portrayed by Ben Affleck in a 2003 movie directed by Mark Steven Johnson. Filming is set to begin in July 2014. Like other Netflix original series, all 13 episodes of “Daredevil” will be made available for viewing at the same time.

As recently reported, the Walt Disney Co. and Netflix are teaming up for original live-action series based on Marvel characters Daredevil, Luke Cage, Jessica Jones and Iron Fist. The deal also includes a miniseries about a team of superheroes called the Defenders.