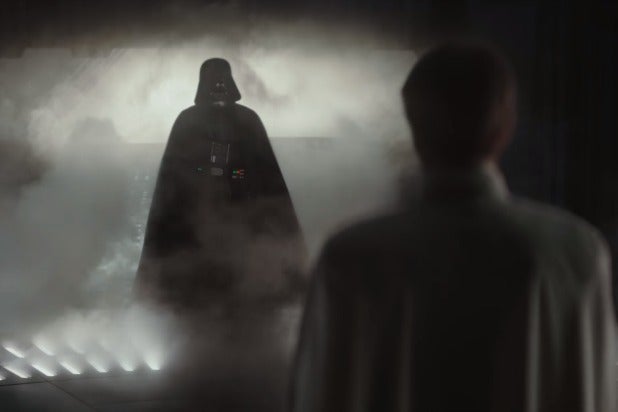 Lucasfilm has been notoriously tight-lipped on details about upcoming “Star Wars” movies, but a cancellation by one actor at a fan convention may have accidentally revealed that cinema’s most famous villain, Darth Vader, may appear once again in next year’s untitled Han Solo movie.

Spencer Wilding, who wore the Vader suit in last year’s “Rogue One” — James Earl Jones, of course, voiced the Sith Lord — was slated to appear at Fandom Fest in Louisville, Kentucky. However, on Tuesday Wilding was added to the convention’s cancellation list because he was “filming the newest film in the Star Wars Universe.”

Then on Wednesday afternoon — after the cancellation was reported by ScreenRant and Nerdist – the convention site’s list was changed yet again to read: “Spencer Wilding will be unable to attend due to filming.”

Also Read: Darth Vader Almost Appeared in 'Guardians of the Galaxy' - No, Really

It’s worth noting that the reason for cancellation could have been a mistake on the part of the convention, rather than an accidental reveal. But if Wilding is indeed on the set of a “Star Wars” film, then the Han Solo movie is the only possible one. Rian Johnson’s “The Last Jedi” has completed reshoots and Colin Trevorrow’s “Episode IX” has yet to start production, while production on the Han Solo film has resumed under new director Ron Howard after Phil Lord and Chris Miller departed the project last month.

It is also plausible from a storyline perspective that Vader could appear, as the Han Solo film is known to be set 10 years before the famed smuggler met Luke Skywalker, putting the setting at the height of the Empire’s — and Vader’s — dominance over the galaxy.

Of course, Vader is a masked character, meaning that Wilding appearing in another role wouldn’t create any dissonance for the audience. He might therefore be playing a different character in the upcoming movie — and he certainly wouldn’t be the first “Star Wars” actor to do so. Warwick Davis, who played Wicket the Ewok in “Return of the Jedi,” has played other characters in other “Star Wars” movies, including the upcoming Solo movie, as Howard confirmed Wednesday.

We’ll find out if Vader will make his presence felt again when the Han Solo film comes out May 25, 2018.