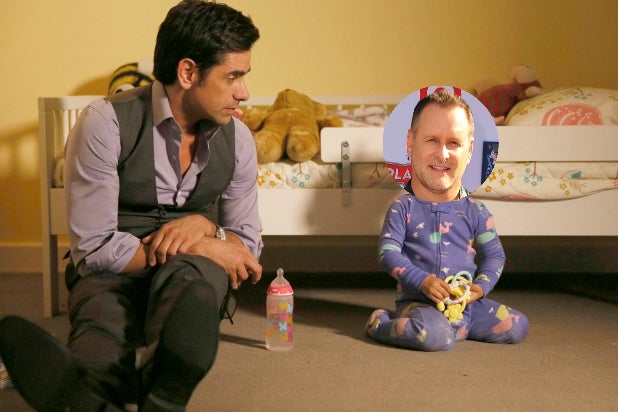 The “Full House’ gang is really spending a lot of time together these days. TheWrap has learned that Dave Coulier will guest star on an upcoming episode of John Stamos‘ sitcom, “Grandfathered.”

Coulier will play one of Sara’s (Paget Brewster) co-worker’s patients in an upcoming episode.

It won’t be the first time two of the three male adults from the classic “T.G.I.F” comedy swap lines on the new Fox offering, as Bob Saget makes an appearance on the series debut.

“Grandfathered,” which sees Stamos playing a swinging playboy who didn’t know he was a father and a grandfather, premieres Sept. 29 on Fox.