Dave Ramsey, personal finance radio host and outspoken evangelical Christian, was the target of social media criticism Saturday, as outraged individuals slammed him for saying that if tenants at his residential properties are displaced because he raised rental rates to meet market price, it does not make him “a bad Christian.”

Ramsey, who hosts the nationally syndicated three-hour radio program and podcast “The Ramsey Show,” is once again the center of controversy, this time for these words about tenants forced from buildings that he owns because of rent increases:

“The ratio of the income that they earned to their housing expense displaced them,” Ramsey said on the air. “I didn’t cause any of that. And so you are not displacing them, you’re taking too much credit for what’s going on. If they need to move to a cheaper house, because they can’t afford they’re gonna move to a lesser house because if they move they’re gonna pay market rent. Okay, I own rental property, single family homes, among many other properties that we own. And if I raised my rent to be market rate that does not make me a bad Christian. I did not displace the person out of that house if they can no longer afford it.”

Ramsey’s comment caused enough outrage — or at least, strong opinions — to make him a trending topic on Twitter on Saturday, racking up more than 5,000 tweets on the matter. Some samples:

However, not all comments were negative, including this weigh-in from one Michael Partyka:

Ramsey is not noted for compassion about the concerns of the average citizen. He was sued in December for requiring employees at his company to disregard COVID-19 work-from-home orders and attend in-person gatherings of more than 900 workers who were encouraged not to wear masks or maintain social distance.

Employees at Ramsey Solutions – the Franklin, Tennessee, headquarters for the evangelical Christian bestselling author and media mogul – who wanted to work from home instead of coming to office were guilty of “weakness of spirit,” Ramsey said, according to the lawsuit.

Brad Amos, who filed the federal workplace discrimination lawsuit in U.S. District Court in Nashville, said in the suit that he had asked to work from home out of concern about workplace transmission of the coronavirus because he has a young son with Coats’ disease, a rare affliction that can restrict blood and oxygen to the retina. His wife is also a high-risk person “with a predisposition for pneumonia,” he said. 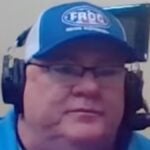