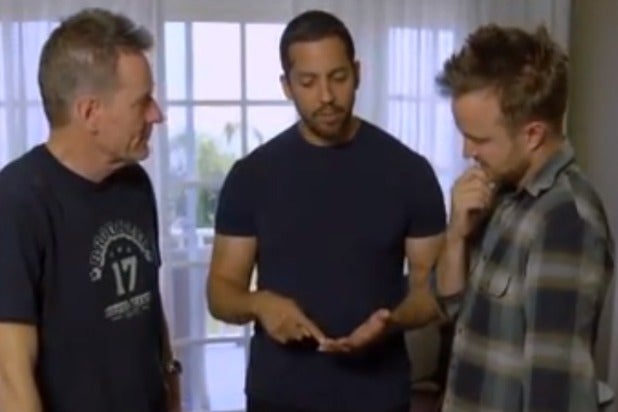 Usually when something seemingly magical happens around Walt and Jesse of “Breaking Bad,” chemistry is involved.

But the periodic table doesn’t seem responsible for the quietly dazzling trick that illusionist David Blaine plays on Bryan Cranston and Aaron Paul for a new ABC special. “David Blaine: Real of Magic” finds Blaine pulling a fast one on the hard-to-fool Heisenberg and his partner in crime.

You know how on “Breaking Bad” it always seemed like things weren’t going to work? Like whatever button needed pushing wasn’t quite doing the thing Walt wanted it to do? And then, out of nowhere, someone would get his face blown off?

The trick has that sort of quality.

Also read: ‘Breaking Bad': What It All Means