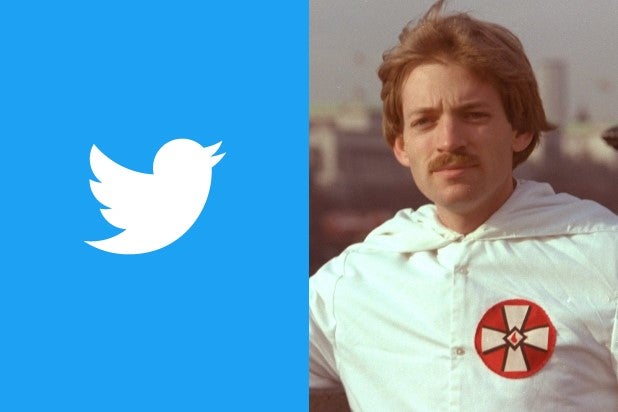 As of Thursday night, the one-time Grand Wizard of the Ku Klux Klan has no presence on the microblogging platform.

An “account suspended” message on his former landing page, @DrDavidDuke, confirms his removal.

In a statement to TheWrap, a Twitter spokesperson wrote: “The account you referenced has been permanently suspended for repeated violations of the Twitter Rules on hateful conduct. This enforcement action is in line with our recently-updated guidance on harmful links.”

Duke, a white nationalist and vocal supporter of President Donald Trump, used his then-active Twitter account in 2018 to offer a ringing endorsement of Fox News’ Laura Ingraham and her much-discussed warning about how both legal and illegal immigration was creating “demographic changes” that “most of us don’t like.”

Ingraham promptly disavowed him with “a message to those who are distorting my views, including all white nationalists and especially one racist freak whose name I will not even mention.”

“You do not have my support, you don’t represent my views and you are antithetical to the beliefs I hold dear,” she said.

Other cable news hosts have also denounced Duke — and by association, Trump — for years. MSNBC’s Joe Scarborough said during an episode of “Morning Joe” that Duke’s endorsement of Trump’s comments after the Charlottesville white nationalist march in 2017 proved that Trump is now the president “of the white nationalist movement.”