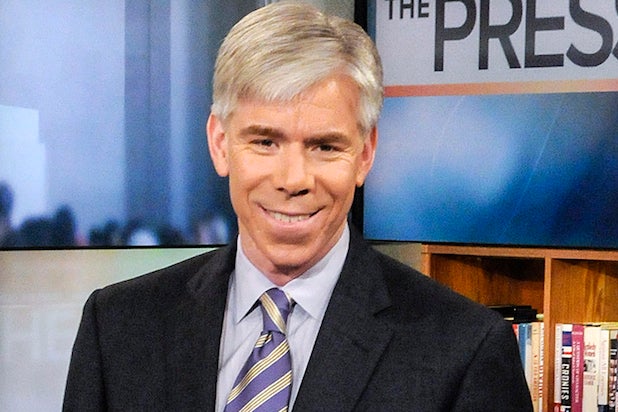 David Gregory is not happy with the Washington Post.

The “Meet The Press” host hit back at the newspaper’s report on Monday that NBC hired a “psychological consultant” to interview his friends and family.

“It’s been bandied about and it’s just complete fiction,” he said in an interview with WTOP.

“The truth of the matter is that our marketing team came to ‘Meet The Press’ as they’ve done to other programs to have some branding and marketing people look at us and talk with me and others around me to really think about my strengths and Meet the Press’s strengths and try to amplify those as other programs have done within NBC,” he explained.

“It’s just complete fiction and has been kind of a runaway train,” Gregory concluded.

The author of the report, Paul Farhi, told TheWrap that Gregory’s comments are “confusing” the issue.

“The story never said ‘psychological counseling’ or ‘psychological testing’ because, of course, it wasn’t that at all,” Farhi said. “It was — as the story said, quoting NBC’s own spokesperson — an attempt ‘to get perspective and insight from people who know him best.’ I don’t know why David would say anything else, because it just seems to add to the confusion about NBC’s research.”

Gregory has come under fire for the lackluster ratings of “Meet the Press,” falling to third place behind “Face the Nation” and “This Week.”

Listen to Gregory’s remarks below: