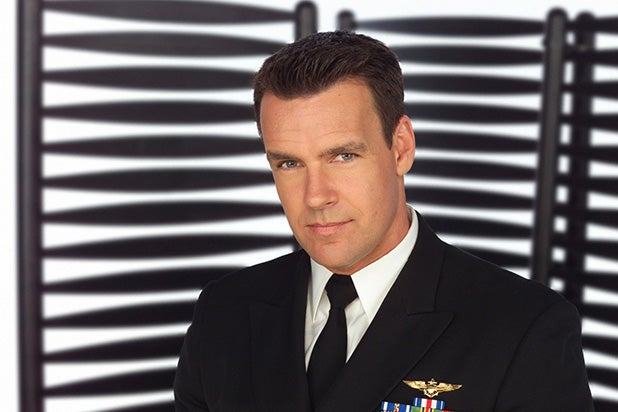 “JAG” star David James Elliott is set to reprise his role from the long-running CBS drama on its offshoot, “NCIS: Los Angeles,” the network announced Friday.

Elliott starred as Navy Cpt. Harmon Rabb Jr. on “JAG” for 10 years between 1995 and 2005. The new role reunites him with “NCIS: Los Angeles” showrunner R. Scott Gemmill, who served as a producer on the original series in its early run.

“I was really excited to get a chance to work with David again,” Gemmill said in a statement. “I did the first 4 seasons of ‘JAG’ with him so to be able to work together again in and of itself is great–but to do so with the same character…on our show…this many years later–that’s pretty damn amazing.”

The success of “JAG” led CBS to spinoff the franchise with “NCIS” in 2003. That procedural has itself been spun off several times, including “NCIS: Los Angeles” in 2009 and “NCIS: New Orleans” in 2014.

Gemmill continued, “Bringing Harmon Rabb to work with ‘NCIS: Los Angeles’ makes for a formidable coalition, and both entities are going to need all the help they can get when confronted with the greatest challenge of their careers.”

Elliott’s first appearance will be the Sunday, May 12 episode of “NCIS: Los Angeles.” Titled “The Guardian,” the episode will see the NCIS team uncover ISIS sympathizers who appear to be planning an attack on US aircraft carriers, driving them to team up with Rabb, the XO Captain on the USS Intrepid.

Elliott is repped by Gersh and Link.