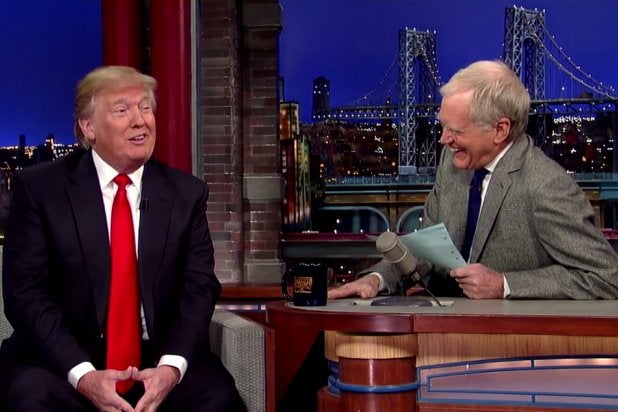 David Letterman has disappeared without a trace.

The former host of CBS’s “The Late Show” has seen all video clips of his career wiped from the late-night show’s official YouTube page, as well as CBS.com. The house-cleaning came at the end of the day on Wednesday.

“Now that the show has ended, these digital right‎s revert back to the show’s copyright owner, Worldwide Pants,” a CBS spokesperson told TheWrap.

A Worldwide Pants rep told TheWrap: “As you might imagine, there is significant interest in the Worldwide Pants-owned content. We are currently considering a range of options.”

When TheWrap called the Worldwide Pants office in New York City on Friday, there was no answer or voicemail set up. The Los Angeles office previously closed when Craig Ferguson handed the reins over to James Corden.

“There are still a handful of people in New York City handling ‘Late Show’ wind-down activities,” the WWP spokesperson explained. “We will keep you posted on future Pants plans as they become finalized.”

The new “Late Late Show” is not a Worldwide Pants production, nor is Stephen Colbert‘s version of “The Late Show,” which premieres on Sep. 8.

Letterman’s final “Late Show” taped and aired on May 20.