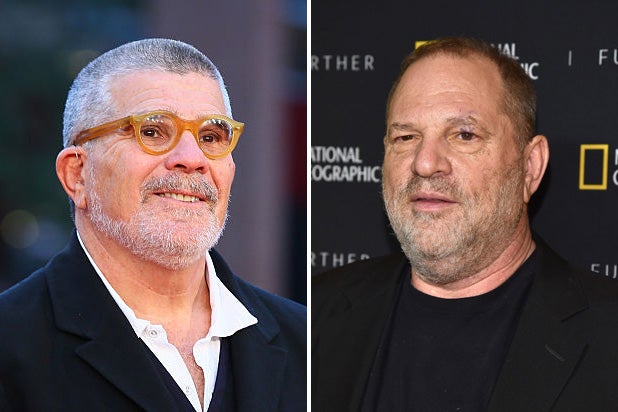 David Mamet, the Pultizer-winning playwright whose hits include “Glengarry Glen Ross” and “American Buffalo,” has found a topical new subject for his next play: Harvey Weinstein.

“I was talking with my Broadway producer and he said, ‘Why don’t you write a play about Harvey Weinstein?’ And so I did,” Mamet said in a new interview with the Chicago Tribune.

“Every society has to confront the ungovernable genie of sexuality and tries various ways to deal with it and none of them work very well,” he told the paper. “There is great difficulty when you are switching modes, which we seem to be doing now. People go crazy. They start tearing each other to bits.”

It’s not clear if there are production plans for the new play — which the paper said was “sitting on the kitchen table” at his home in Santa Monica — or any further details about the project though it’s safe to say that he’s found a subject who shares his enthusiasm for foul-mouthed tirades.

Mamet has addressed the issue of sexual harassment before, most notably in the 1992 play “Oleanna,” in which a female student charges her university professor with sexual exploitation and derails his bid for tenure. (He later directed a film version starring William H. Macy and Debra Eisenstadt.)

The notably right-leaning author said that he had been thinking about the issue of sexual misconduct a lot since the Weinstein case exploded last fall and noted his connection to his grown-up daughters, including former “Girls” star Zosia Mamet.

“I think about this a lot now,” he said. “I have a bunch of daughters, a young son.”

Mamet’s longtime New York producer did not immediately respond to requests for comment about any production plans for the play.

10 Worst Theater Productions of 2017: From Michael Moore to 'Amelie' (Photos)