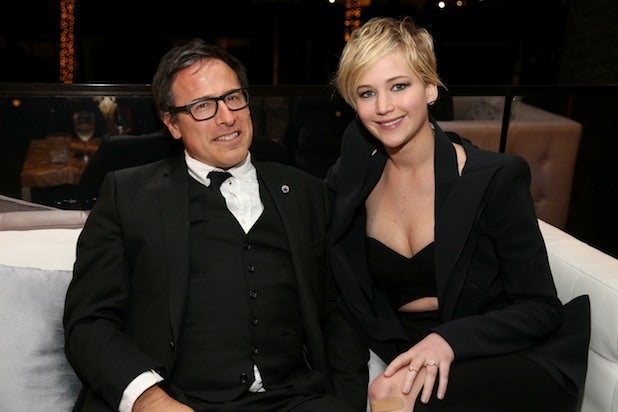 “Clearly, I used a stupid analogy in a poor attempt at humor,” Russell said in a statement to TheWrap. “I realized it the minute I said it and I am truly sorry.”

The apology comes after various other media outlets picked up a quote he gave to the New York Daily News last Friday at the Australian Academy’s AACTA Awards held in Los Angeles.

“I personally think they should give her a bit of breathing room over there because they’re printing money. But she’s a very alive person.” Russell said. “I’ll tell you what it is about that girl — talk about 12 years of slavery, that’s what the franchise is.”

Russell, who Lawrence thanked during her Golden Globe acceptance speech on Sunday, knew the comment could catch some heat before it was even printed.

“And I’m going to get in so much trouble for saying that,” he added.

Russell also noted that Lawrence takes roles outside of “The Hunger Games” for a “vacation” of sorts, and compared the Lionsgate’s franchise to a “hamster wheel.”

TheWrap did not yet reach out to the California Hamster Association for comment.