A version of this story about David Oyelowo  first appeared in the “Dark Horses We Love” feature in The Oscar Race Begins issue of TheWrap Magazine.

David Oyelowo knows all too well that — as the famed hashtag indicates — the Oscars have historically been overwhelmingly white. After all, he was famously snubbed by the Academy following his powerful and widely lauded take on Martin Luther King Jr. in 2014’s “Selma.”

And no, the problem wasn’t that he didn’t win. He wasn’t even nominated.

The 40-year-old British Nigerian actor is back in the conversation with another masterly performance in “Queen of Katwe,” for which he praised the Disney biopic’s director, Mira Nair, for making “other cultures feel accessible” and for celebrating “life and community.” 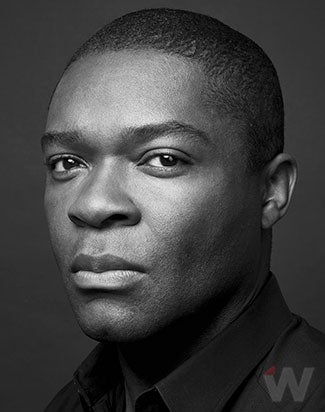 It is a deceivingly challenging role, he said, one over which he had initial trepidation. “He has a saintly quality to him,” he said. “That can be treacherous territory because it could come off too sanctimonious or syrupy sweet.”

Oyelowo pushed for changes in the script, working with Nair to explore “the rough edges” of the character, his internal struggle that came with choosing to help Mutesi and other children in his chess program over having a lucrative career as an engineer. “We had to mine those moments,” he said. “The script evolved even during the shooting of it.”

Oyelowo even improvised part of a scene, gathering his young actors up in a prayer circle to fend off pre-tournament jitters.

“That was borne out of a look-book I’d seen,” he said, explaining how he saw a photo of Katende doing that very thing. “It was spontaneous. I found it very moving and it made the cut.”