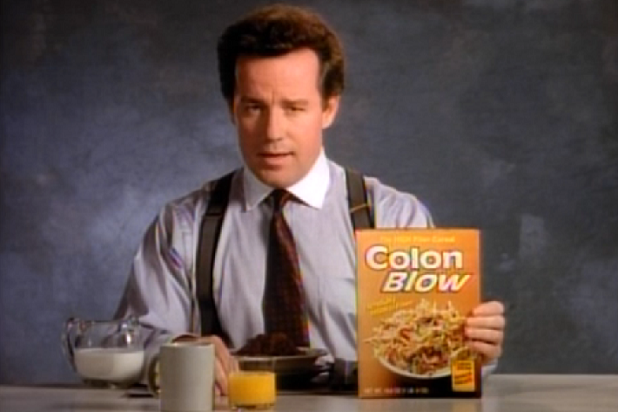 Phil Hartman once got so angry with Rob Schneider while they were both on “SNL” that he threw Schneider against a wall and said, “I’ll put a bullet in your head.”

David Spade recalled the incident on Wednesday while on the Howard Stern Show promoting his new Netflix movie “The Do-Over” with Adam Sandler.

According to Spade, Hartman had gotten a young female college student, who was a family friend, hired as an intern for “Weekend Update.”

But Schneider’s girlfriend did not like the attractive young intern and told him to fire her. Schneider did, but didn’t tell Hartman beforehand. That’s apparently when Hartman burst into the writers’ room and grabbed Schneider.

Spade also said that Schneider did things to undermine him when they were both young writers on the long-running sketch series, such as leaving his name off of sketches they had co-written and neglecting to tell Spade about meetings.

“We both weren’t really being ourselves,” Spade said. “We were both trying to keep our jobs, trying to be famous. It was just sort of gross.”

Spade went on to say that he and Schneider are now good friends and that Schneider gave Spade his blessing to write about all the incidents in his new book.

Listen to the audio of the interview below. The story about Hartman begins around the 6:30 mark.