International adventure, heavenly visits, new mysteries, familiar faces and the appearance of Steve Burton are just some of the highlights of the trailer for the second chapter of “Days of Our Lives: Beyond Salem,” which dropped Tuesday.

Peacock also dropped the art for the series, showing the trademark DOOL hourglass.

Chapter 2 of “Days of Our Lives: Beyond Salem” is described as “an epic, action-packed tale that spans the entire globe, from Monte Carlo to Hong Kong, beloved characters from ‘Days of our Lives’ once again go ‘Beyond Salem’ as they trade the comforts of home for an adventure of a lifetime,” per Peacock. 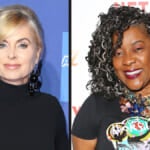 In the new season, Steve and Kayla make a surprise visit to their children in Seattle, while private eye John Black travels to San Francisco to see his son, Paul. Meanwhile, new parents Ben and Ciara drop anchor in Montreal – where they are greeted by a much-missed Hope.

“We are beyond thrilled to be partnering with Peacock again to produce a second chapter of ‘Days of Our Lives: Beyond Salem’” executive producer Ken Corday previously said in a statement. “Being able to build off of the storylines from ‘Days of our Lives’ to create another exciting series for the audience brings myself, the Corday Productions team and the cast so much joy. I cannot wait for the fans to see what we have in store next!” 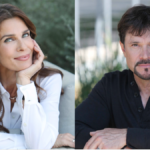 Also Read:
‘Days of Our Lives: Beyond Salem’ Returns to Peacock With Globe-Trotting Storyline

“Days of Our Lives: Beyond Salem” is co-executive produced by Albert Alarr. Ron Carlivati is the head writer.

The series is produced by Corday Productions in association with Sony Pictures Television.