Legendary daytime show “Days of Our Lives” is leaving broadcast for streaming.

The long-running soap will depart NBC for its streaming service Peacock starting Sept. 12, it was announced Wednesday.

“This programming shift benefits both Peacock and NBC and is reflective of our broader strategy to utilize our portfolio to maximize reach and strengthen engagement with viewers,” Mark Lazarus, chairman, NBCUniversal Television and Streaming, said in a statement. “With a large percentage of the ‘Days of Our Lives’ audience already watching digitally, this move enables us to build the show’s loyal fanbase on streaming while simultaneously bolstering the network daytime offering with an urgent, live programming opportunity for partners and consumers.” 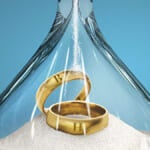 “DOOL” already has a sister show on the streamer — “Days of Our Lives: Beyond Salem.” The original soap began back in 1965 on the network.

“The transition of ‘Days Of Our Lives’ from NBC to Peacock is yet another illustration that ‘Daytime’ as we know is now anytime, on any device. It is this trend that motivated the realignment of the Daytime Emmys to a genre-based focus rather than daypart. Viewers remain invested in the genre but are no longer beholden to just a linear broadcast at a fixed time of day. NATAS expects to see the expanding Salem universe continue to thrive in our competition and on our Emmy stage,” his statement read.