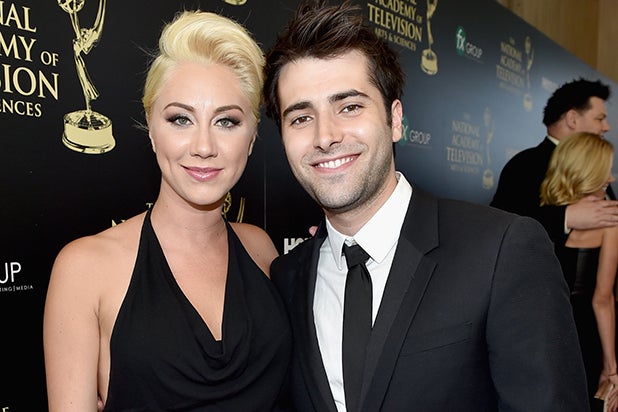 “Alyssa Tabit is in ‘Critically Stable’ condition at the Surgical Intensive Care Unit at St. Elisabeth Heath Center, in Youngstown, OH.” read the statement. “Alyssa has been joined by her family.  We ask that you respect Alyssa and her family’s privacy during this time.”

“Days of our Lives” actor Freddie Smith was involved in a serious car accident in the early hours of Tuesday morning in Kingsville Township, Ohio.

Smith, who plays Sonny Kiriakis on the NBC daytime soap, was treated for minor injuries, but his passenger, North Hollywood resident Alyssa Tabit, is reportedly in critical condition.

See video: Alison Sweeney Has 30 Seconds to Answer Questions About Her ‘Days of Our Lives’ Character, Or Else (Video)

The accident occurred on State Route 84 just east of Dibble Road in Ashtabula County at 12:41 a.m., the Ashtabula Post of the Ohio State Patrol said in a statement to TheWrap.

Smith, the driver, was taken to Conneaut Medical Center, and Tabit was flown by medical helicopter to St. Elizabeth’s Hospital in Youngstown.

“A 2009 Mazda 6 was traveling westbound on State Route 84. The Mazda failed to safely negotiate a left curve and lost control. It crossed the centerline, traveled the left side of the road and struck a culvert,” according to the police report. “This impact caused the car to overturn end over end. The vehicle came to final rest and the passenger was temporarily trapped inside.

“Speed and alcohol are suspected to be factors in the crash.  This crash remains under investigation,” it continued.

Smith’s “Days” co-star Molly Burnett posted to Facebook, “Just got off the phone with Freddie. He and Alyssa are OKAY. They were in a serious car accident last night, but were able to receive medical help IMMEDIATELY.

“Freddie was released from the hospital, and Alyssa will be in surgery for a few more hours. She was cognitive pre-surgery, and all of her tests were perfect. Both Freddie and Alyssa’s families are heading there now, and they are in the best hands,” the post continued.

Smith’s reps did not immediately respond to TheWrap’s request for comment.