“DC League of Super-Pets” from Warner Bros. and DC made a super $2.2 million at the box office in its Thursday pre-shows from 3,200 locations.

The animated film features the voice talent of Dwayne Johnson and Kevin Hart as the lovable and loyal dog companions to Superman, Batman and the like. The film is projected for a $25 million opening this weekend. 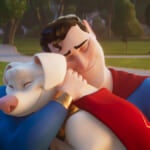 Also Read:
How ‘League of Super-Pets’ Expands the DC Universe in a Colorful, Family-Friendly Way

“DC League of Super-Pets” is directed by Jared Stern and Sam Levine and tells the story of Krypto, Superman’s loyal dog and companion and a partner in fighting crime. But when Superman is captured, Krypto must master his own powers and stage a rescue mission.

Also opening this weekend in wide release is Focus Features and Blumhouse’s “Vengeance” from director B.J. Novak, as well as in limited release “A Love Song,” starring Dale Dickey. 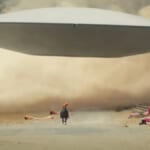