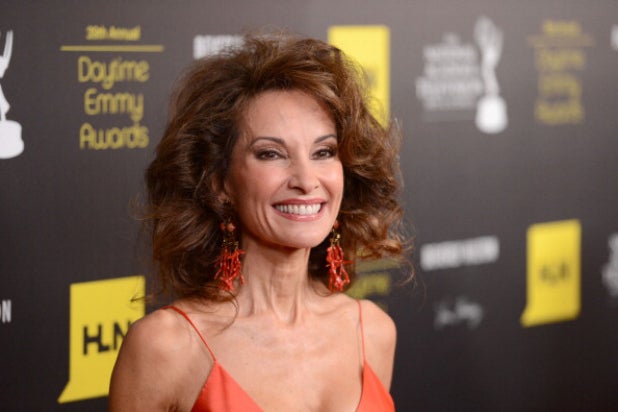 “Deadly Affairs” — one of ID’s most successful series — tells real-life tales of love gone terribly wrong, in which wandering eyes lead to someone’s demise. It feature stories interlaced with commentary from local authorities and true-crime authors, as well as first-person accounts from victims’ friends and families.

And of course there’s Lucci.

The long-time soap star is back for Season 3, which kicks off next summer. Lucci may have a long way to go to match her monumental run on “All My Children” — from 1970 to 2011 — but she’s willing to try with the new gig.

“My goal after ‘All My Children’ was to do something that is as exciting to me now as Erica (Kane, her soap character) was then,” Lucci told TheWrap. “And also to be in good hands.”

She’s found both on her new series and network, Lucci said.

“Deadly Affairs” is the actress’ first time hosting a show, but she’s still playing a role. The hosting and narration are all done in character — one that is not a huge stretch for the soap star.

“It’s not the Erica Kane character, but is a nod to (it),” Lucci said. “It’s just a perfect marriage.”

Lucci admitted to TheWrap that it “feels weird” for “All My Children” to be officially off the air (again) in its most recent incarnation. The show was revived online — and canceled — by The Online Network.

But it’s not the first time she’s said goodbye to the show.

“I had gone through this whole period of mourning that lasted a long, long time,” Lucci said. “Then I got over it.”

Also read: CNN’s Jake Tapper to Make Acting Debut on ‘All My Children’

Many of her hyper-loyal fans have instantly embraced her new gig on “Deadly Affairs.” The drama was one of ID’s top five shows during 2013’s third quarter in several demographics, including women 18-49 and 25-54 and all viewers 25-54. The series reached more than 9.7 million unique viewers over the season, ID says.