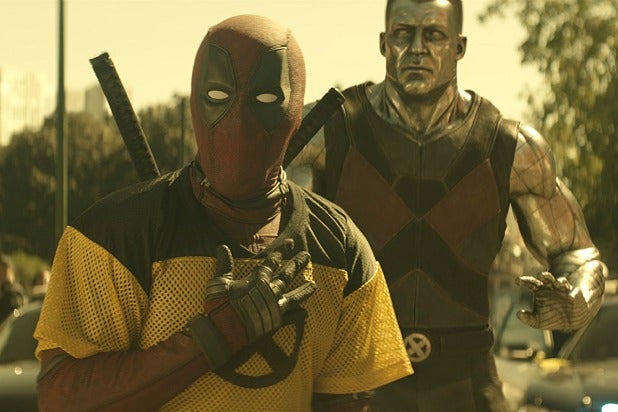 (Some mild spoilers ahead for “Deadpool 2.” If you don’t want to know what the Jared Kushner joke is then I don’t really know why you clicked on this article.)

“Deadpool 2’ contains a cavalcade of pop culture jokes, but it’s largely devoid of overt references to real world politics. Deadpool (Ryan Reynolds) may be mean and sarcastic and irreverent, and he may constantly break the fourth wall, and he may have plenty to say about social issues, but doesn’t really comment on 2018’s political situation. (His appearance on Colbert the other night notwithstanding.)

But the movie does feature one pretty incredible dig at a prominent member of the Trump administration: Donald Trump’s son-in-law and adviser, Jared Kushner.

The joke comes early in the film when Deadpool is on his first mission as an X-Men trainee. He’s trying talk down a young mutant named Russell Collins aka Firefist (Julian Dennison), who has broken out of the Essex House for Mutant Rehabilitation and is threatening to use his powers on the people front of that orphanage.

Deadpool quickly realizes that Russell has been abused by Essex House staff — and from that point on Deadpool refers to the people who work there as pedophiles. During the standoff, Deadpool asks Russell which one of the Essex House workers hurt him.

He doesn’t know any of their names, of course, so when Deadpool points at one particularly pale and slimy-looking guy who appears to be the headmaster’s right-hand man, he asks Russell, “Was it Jared Kushner?”

To be clear, this is a “Jared Kushner looks like a pedophile” joke. So if you were trying to figure out where Wade Wilson’s political allegiances would lie were he a real person in our world in 2018, it’s probably not the people who are aligned with Jared Kushner.

Not that Deadpool’s visit to “The Late Show with Stephen Colbert” on Tuesday is canon, but that occasion was an even more notable example of Deadpool going political. During Colbert’s opening monologue, Deadpool came on stage and actually took over the monologue for a moment, slinging a couple jokes at Donald Trump himself.

For example: “President Trump spent the day complaining on Twitter about leaks inside the White House, because we all know Trump prefers his leaks in Russian hotel rooms. You get it, Stephen? Because the president watched two Russian prostitutes urinate on a hotel mattress.” You can watch Deadpool’s appearance on Colbert right here.