Yes, Hugh Jackman is returning as Wolverine in “Deadpool 3” in 2024. But don’t worry, the sequel won’t be undoing his death that happened in “Logan.”

On Tuesday, Ryan Reynolds announced in a video that he simply couldn’t come up with anything to make Deadpool’s official entrance into the Marvel Cinematic Universe stand out — well, except one thing. “Hey Hugh, you wanna play Wolverine one more time?” he asked, as Jackman casually walked down the hall in the background. “Yeah, sure Ryan,” Jackman responded without stopping. And thus, an internet storm began.

While the vast majority of fans were and are excited to see Jackman return to the role, many wondered how it was going to happen considering Jackman’s Wolverine, well, died in his last on-screen appearance. Obviously, with the MCU, the multiverse is now the easiest possibility for explaining his return. But, in a new video Wednesday morning, the pair offered some reassurance — and a much simpler explanation. 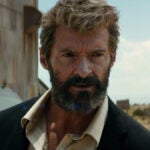 At that, Reynolds jumped in, saying “‘Logan’ takes place in 2029. Totally separate thing. Logan died in ‘Logan,’ not touching that.”

From there, the two began explaining “what actually happens in our film.” Of course, we don’t know what that is, because Wham!’s “Wake Me Up Before You Go-Go” began playing, drowning out Reynolds and Jackman’s words. If you listen closely, you can hear Reynolds explaining that Deadpool “chases” Wolverine around, but beyond that, it’s impossible to make out anything else.

The actors do animatedly act out some apparent fight scenes between Wolverine and the Merc with a Mouth though! Eventually, the music does cut, with Reynolds applauding what he and Jackman apparently said.

“Thank you Kevin Feige!” Reynolds exclaims, with Jackman also offering the Marvel Studios head some love. So, we’ll just have to wait for the real plot when the film opens on Sept. 6, 2024. Until then, you can watch Reynolds and Jackman explain it all — and maybe try to lip read — in the video above.

Jackman hung up his Wolverine blades with “Logan,” which was crafted as his swan song as the character after first debuting in 2000’s “X-Men.” The R-rated film was a massive success and even earned an Oscar nomination for Best Adapted Screenplay.

With Disney’s acquisition of 20th Century Fox, the “X-Men” library is destined to be rebooted, but Reynolds’ Deadpool was seen to be the only character that would survive a crossover into the carefully crafted Marvel Cinematic Universe (overseen by Marvel Studios president Kevin Feige). Now, we have Jackman’s Wolverine to look forward to in “Deadpool 3,” hot on the heels of Patrick Stewart’s Professor X making a cameo in this year’s “Doctor Strange in the Multiverse of Madness” — albeit as a different Charles Xavier from a different universe. 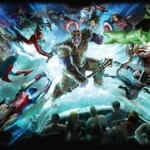