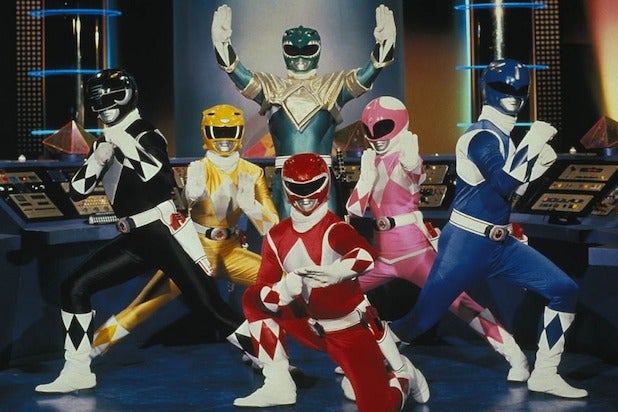 “Project Almanac” filmmaker Dean Israelite is in negotiations to direct the “Power Rangers” movie for Lionsgate and Saban Brands, TheWrap has learned.

Israelite is an up-and-coming filmmaker who is a huge fan of the franchise and aims to bring a fresh voice to the property. He has been courted for several tentpoles around Hollywood since but he has turned them all down while waiting for the right one.

With the time travel-themed “Project Almanac,” Israelite proved he can get strong results out of a young ensemble and a limited budget for an original sci-fi movie.

First announced in September, “Power Rangers” was written by Ashley Miller and Zack Stentz, whose credits include Marvel’s “Thor” and “X-Men: First Class.”

The series has been in continual production for the past two decades, debuting its latest incarnation in February 2015. It has taken on different titles and casts, such as “Power Rangers Zeo,” “Power Rangers Ninja Storm,” and the current “Power Rangers Dino Charge.”

Haim Saban is a producer on the new film along with Brian Casentini and Allison Shearmur. With 20-plus years worth of stories to tap into, look for Lionsgate to be push for a “Power Rangers” franchise.

The 2016 film will mark the third theatrical release for the franchise. “Mighty Morphin Power Rangers: The Movie” capitalized on the property’s initial success, starring the original series cast and bringing in more than $66.4 million globally in 1995.

It was followed by “Turbo: A Power Rangers Movie,” which served as a launchpad for the “Power Rangers Turbo” television series. But the second film failed to match the success of the first, earning less than $10 million worldwide.

Israelite, who is also attached to direct a remake of  the 1980s classic “WarGames,” is represented by CAA and Principato-Young Entertainment.