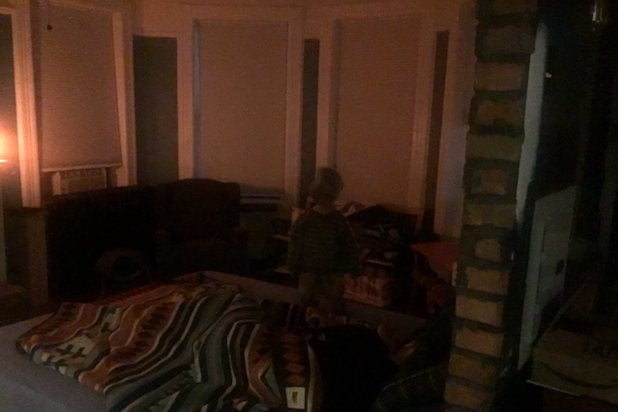 “So,” BuzzFeed writer Adam Ellis wrote on Aug. 7. “My apartment is currently being haunted by the ghost of a dead child and he’s trying to kill me.” Thus began the story of Dear David.

In subsequent tweets, Ellis presented what he said was digital evidence of a boy with part of his head missing — a boy he addresses with the words “Dear David” — who has worried him and his cats, and followed him as far as Japan. He has posted photographs, including the one above.

“This,” TheWrap writer Beatrice Verhoeven thought to herself, “needs to be a movie.” So on the latest “Shoot This Now” podcast, she joins Matt Donnelly to walk us through the Dear David story, and whether the whole thing is fake.

Ellis, who recently left BuzzFeed, has not responded to requests for comment. Possibly because he has enough to deal with. Here is his story about Dear David, and you should follow him on Twitter for more updates.

As an added bonus, on this episode of “Shoot This Now” we also talk about an outstanding theory from Oliver Willis that we all died at least a decade ago, and are now “living” in a simulation that occasionally malfunctions. Which would mean we’re all ghosts, but also would explain a lot. Here’s more detail on the “We All Died” theory.

Also! If you’re still deciding what to do for Valentines’ Day, have you listened to our episode about a strange man on Craigslist who invites people to cheat on a spouse at his house? It’s our most-downloaded episode so far. Not that we think that says anything about anything.

Happy listening, and be nice to your dogs and cats. You never know when they might alert you to something lurking in the closet.