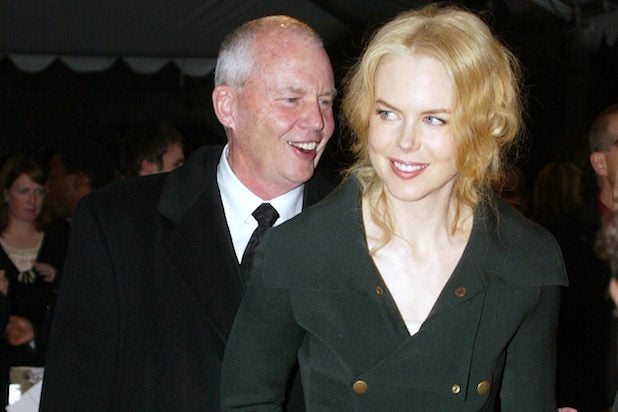 Nicole Kidman‘s elderly father died in Singapore on Friday, and his death may have been “unnatural.”

A police spokesman told Reuters that Tony Kidman — a clinic psychologist in his 80s who worked at the University of Technology, Sydney — died in the hospital, and that the department is “investigating the unnatural death.”

“Nicole and her family are in shock by the sudden death of her father,” Nicole’s publicist said in a statement to TheWrap. ” She appreciates the outpouring of support and kindly requests privacy during this very difficult time.  Thank you.”

Also read: 6 Reasons Actresses Over 40 Are Hotter Than Ever in Hollywood

According to media reports, the actress’ father was in Singapore to visit his daughter and Nicole’s sister, Antonia.

Details about his death are still unclear and nothing official has been released yet. Some outlets are reporting “a fall,” while Singapore’s Straits Times is reporting Tony may have suffered a heart attack at The Tanglin Club, the hotel where he is believed to have been staying.

TMZ reports that Nicole’s country singing husband, Keith Urban, promptly bailed on performing at a charity event at the Sherwood Country Club in Thousand Oaks, Calif. on Thursday upon hearing the news about his father-in-law.

Urban was on route to the Ventura County Food Bank, and decided to catch a flight back to his Nashville home, instead. Kenny Loggins filled in as a last-minute replacement.

“It is with great sadness that we learn of Dr Tony Kidman’s sudden passing. During his 43 years at the University of Technology, Sydney, Tony has contributed greatly–as a colleague, as a researcher, and as a health practitioner,” vice-chancellor professor Attila Brungs said in a statement to the media. “Tony will be missed by all at UTS. Our thoughts are with his family at this time.”