After sitting on the shelf for months, a new trailer for “Death on the Nile” is finally here — but don’t expect to see too much of Armie Hammer in it.

And while Hammer, who was accused earlier this year of sexual assault in 2017, which he has denied, is not absent from the new “Death on the Nile” trailer, he’s certainly not as prominent as he was in the film’s first trailer from August 2020 when the movie was still hoping to open in the fall of that year. He gets a quick line in the new trailer and is still among the film’s billing, but the trailer focuses much more heavily on Gal Gadot’s character.

“Death on the Nile” is Kenneth Branagh’s follow-up to the Agatha Christie adaptation “Murder on the Orient Express” and has Branagh reprising his role as detective Hercule Poirot, this time investigating a murder aboard a glamorous river steamer boat in 1930s Egypt where Gadot and her new husband, played by Hammer, embark on an exotic honeymoon voyage. 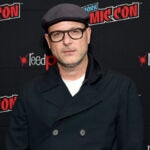 Branagh shot “Death on the Nile” way back in 2019, and the film was pulled from theatrical release amid the pandemic in 2020.

In the months since, Hammer was accused by a woman of violently raping her during an encounter in Los Angeles in 2017. Hammer, through his lawyer, denied the accusations, but they led to an investigation by the Los Angeles Police Department. He has since been dropped from several film projects and by his agents.

The film opens in theaters February 11, 2022. Check out the new trailer here and above.