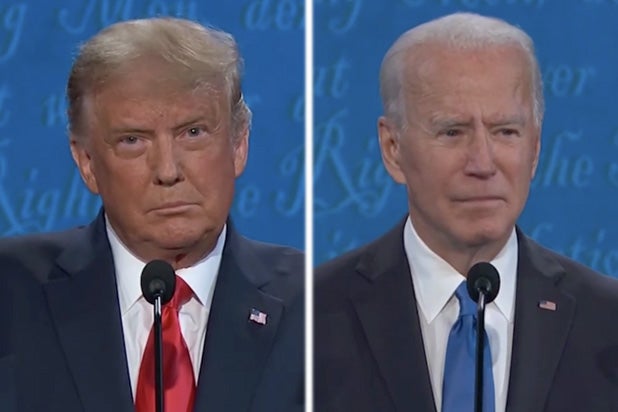 President Donald Trump and Democratic nominee Joe Biden were muted periodically throughout Thursday night’s debate and viewers were unsurprisingly into the move. In fact, many on Twitter wanted even more muting.

Biden and Trump were still able to interrupt one another as they were only muted during the first two minutes after each question was asked, as the bipartisan Commission on Presidential Debates announced on Monday that they would be.

“What is this ‘mute button’ I keep hearing about?” quipped CNN’s S.E. Cupp.

“I was told there was a mute button??” asked author Jessica Valenti.

Former Miss America and congressional candidate Mallory Hagan, too, wondered “what happened” to muting the microphones.

Others, like journalist Julie Brown, had different questions: “Yes or no — Aren’t we watching this in part just to see if the mute button is activated?”

Moderator Kristen Welker got to select the topics for the debate and was in charge of directing the flow of the conversation but didn’t have anything to do with the muting.

A source with knowledge of the setup told TheWrap that the bipartisan Commission on Presidential Debates was the sole producer of the big showdown and Welker had no involvement in the operation of the microphones and muting. A producer from the commission itself managed the microphones.

Trump slammed the announcement of the muting Tuesday morning, but debated anyway.